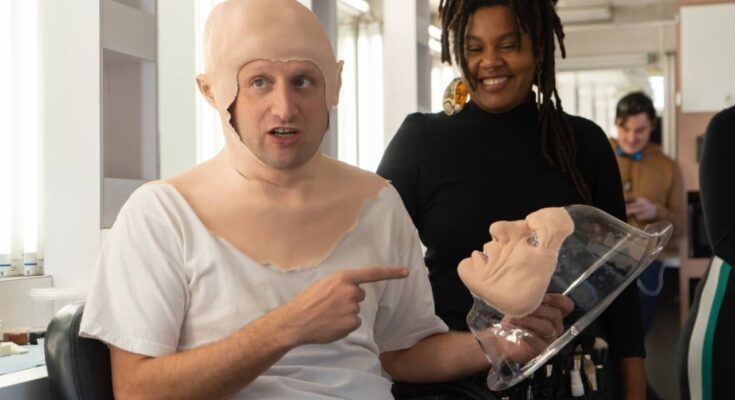 The wait is finally over. The second season of I Think You Should Leave With Tim Robinson was released on Netflix Tuesday morning, arriving nearly two years after the sketch comedy’s first season took the Internet by storm. The hilarious and dark comedy series is back with six brand new episodes, and we’re all grateful to see a new batch of twisted skits from the mind of Tim Robinson on our Netflix queues.

There are a ton of new sketches to enjoy now that the second of I Think You Should Leave has arrived, most of which are every bit as funny as the beloved sketches from Season 1. Before too long, every fan out there will have their preferred skits from the new season, and there will be a few that the Internet quickly latches onto. So naturally, I wanted celebrate the new season with my own list of its best sketches.

At this point, having only watched through I Think You Should Leave Season 2 a couple of times, it’s impossible to rank these sketches just yet. So the 10 skits featured below are in no particular order whatsoever.

There’s only one sketch in I Think You Should Leave Season 1 that gets a follow-up in Season 2, and of course it’s “Baby of the Year.” Sam Richardson’s insane baby pageant is one of the most memorable sketches in the entire series and Season 2 brings back its ultra-committed host for “Little Buff Boys.”

The premise of the Little Buff Boys pageant, which takes place during a corporate dinner event, is even more ridiculous than the Baby of the Year event that Richardson’s character previously hosted. It’s also a lot creepier. The host brings out a slew of young boys wearing body-builder suits and forces the boss of the company hosting the event to choose which kid he thinks is the buffest.

“Little Buff Boys” isn’t quite as effective as “Baby of the Year,” but Richardson’s performance makes it one of the funniest sketches of the new season.

“Coffin Flop” has a pretty early lead for Twitter’s favorite sketch from Season 2, and for good reason. The punchline reveal that CorncobTV’s biggest hit series is just footage of dead bodies falling out of coffins at funerals takes place early on in the bit, allowing Tim Robinson to do what he does best: gradually lose his mind about something no other human person would ever think of.

Watching bodies fall from caskets in front of their loved ones — sometimes inexplicably naked — is one of the most jarring gags in the new season. It remains funny throughout the entire sketch thanks to Robinson’s attempts to convince viewers that he has not, in fact, done anything to tamper with the coffins.

In a world where MTV can rerun episodes of Ridiculousness — a show where people watch people watch YouTube clips — 23 hours out of any given day, “Coffin Flop” is an absolute gem.

In a truly genius move, the creative minds behind I Think You Should Leave put two of the show’s most demented sketches back-to-back, creating a five-minute span in which it’s impossible to breathe because gasping and laughing don’t exactly mix. Just when you think you’re going to get a break after “Coffin Flop,” “Karl Havoc” enters the scene.

This sketch starts out as a spoof of hidden camera prank shows but quickly spirals out of control. Robinson’s costume for Karl Havoc is an absolute abomination, pulling laughs based solely on how horrifying he looks. In true ITYSL fashion, things get even darker.

Instead of pranking people in the mall, Robinson’s character has an existential breakdown in the middle of the food court, panicking about the ghoulish suit he’s hiding beneath. At one point he tells his producer he “doesn’t want to be around anymore” because of the way the suit makes him feel.

There’s a lot to love about this sketch, but don’t overlook the earnesty of the makeup team when they’re putting Havoc together. Everyone in the scene sells this bit so well.

The Season 2 premiere of I Think You Should Leave is the best episode of the show to-date. There isn’t a single sketch in the episode that isn’t phenomenal. Like the first three sketches on this list, “Ghost Tour” is from the premiere, and it brings the episode to a close on a surprisingly somber note.

“Ghost Tour” starts with a guide in a haunted house telling his guests that they are on the “adult” version of the tour, since it started after 10pm, and that they can say “whatever the hell they want.” This is clearly just a joke to break the ice but Robinson’s character takes it to the extreme, asking about the ghosts’ sexual exploits and whether or not anyone in the house has ever seen them naked.

After the tour guide makes him cry, and the rest of the guests kick him out of the house, Robinson sulks out in the rain to his mother’s car, and she asks him if he made any new friends. It’s the saddest way to end such an endless funny episode, which only adds to its brilliance.

Audiences have come to expect insanity from Robinson when he’s on-screen. Season 2 has a few episodes that subvert those expectations and allow Robinson to play the straight man, witnessing the uncomfortable horror unfold like the rest of us.

This technique is played perfectly in the opening sketch of the new season’s third episode, as guest star Bob McDuff Wilson steals the entire show. Wilson plays a college professor meeting with some of his old students to catch up with their lives, but he can’t concentrate when their food arrives and he sees the burger on Robinson’s plate, wishing he’d ordered that instead.

Wilson spends the sketch trying to take Robinson’s food, eventually trying to trap the students into saying that they want to assassinate the president so that he has leverage over them in case they ever decide to tell anyone that ate another man’s burger.

Bob Odenkirk is no stranger to ridiculous sketch comedy, so it’s a wonderful surprise to see him pop up in the second episode of ITYSL Season 2. Like so many of the show’s other great sketches, the premise of “Triple Novas” starts with such a simple idea.

A dad (played by Robinson) sits at a diner with his child and tries to get out of taking them to get ice cream by saying that the shop is closed. He makes up a fib about how the ice cream machines can’t operate when it’s too cold outside, and offers a wink to the man at the next booth as he listens in.

Playing on this unspoken code between parents, Odenkirk’s character starts making up all sorts of lies about himself and life he wishes he had. He tells the kid that he’s friends with their dad, that he owns two of every classic car ever made (except he has triples of the Barracuda, the Road-Runner, and the Nova), and that he has a supermodel wife that may or may not be dying of cancer.

It’s a terribly sad sketch about life passing you by and the regret you feel for the things you never got to do, but Odenkirk’s emotional evolution and commitment to the bit keep you laughing.

While on trial for insider training, two guilty business people have their text message exchanges read aloud in court. The prosecutor, however, reads the messages well beyond their conversations about selling off stocks, revealing to the entire room how much they hated their co-worker’s hat.

Brian, played by Robinson, wears a “fedora with safari flaps” to work, resulting in ridicule from others at the office. What makes the sketch isn’t the story told by the prosecutor, it’s that Brian is in the crowd at court reacting to all of the terrible things said about him.

Why does he have a pair of dice in his pocket? No one knows, but Brian trying to hide pawn those dice off on an unsuspecting man next to him is such a great way to end an episode.

The fourth episode of the new season opens up with a skit starring Paul Walter Hauser, who you probably know from Cruella, Cobra Kai, or Richard Jewell. He plays a husband enjoying a night of cards with his buddies, all of whom are telling stereotypical jokes about their wives. After joining in with a knock about his spouse at home, Hauser’s character reflects on the love his wife showed him when he had an issue with a fellow community theater actor named Jamie Taco.

This sketch takes a few different turns as it progresses, but it stands out as the sweetest and most wholesome the series has every produced. At the end of the day, Hauser’s character just loves his wife and appreciates how she supports him.

Episode 4 only contains three sketches, a result of “CalicoCutPants.com” running for over eight minutes. This sketch builds and builds, and there are multiple punchlines hidden within its lengthy runtime.

The sketch revolves around a man who returned from the bathroom in his office with a little bit of pee left on his pants, prompting a co-worker to make fun of him. In comes Tim Robinson with an explanation that Calico Cut Pants actually make pants that look like that, even pulling up a website as proof. We soon learn that this site doesn’t sell real pants, and its operator is in financial ruin because of it. Robinson spends the entire sketch threatening his co-worker to give to the site, because it’s user-funded and needs his help.

The big, spy-like reveal at the end of this sketch is hilarious, but its funniest moment actually arrives much earlier. When Robinson sees someone leaving the office at the other end of a long hallway, he screams at them to hold the door, only to walk down the hall at a normal pace as they keep it open for him.

One of Season 2’s funniest skits comes in the finale, in the form of a driver’s education class with some videos about distracted driving.

Robinson stars as a driving instructor who is showing his class a series of videos, all of which feature Patti Harrison as a woman in a minivan who “works in tables.” There is no initial explanation as to what she does with tables, or why she’s so angry that Ed Munster might have stepped on them, prompting numerous questions from the teenagers in class. Of course, that only makes Robinson more angry and on the cycle goes.