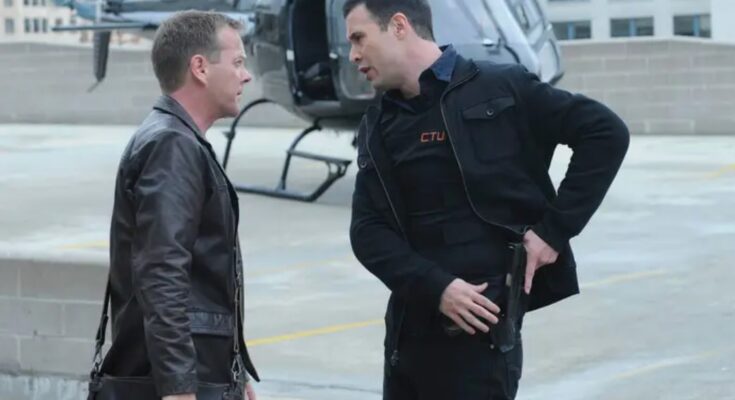 Not Everyone You Work With Can Turn Out Your Best Colleague

We surely have people with who we can never work. Certainly, even if we work with them, they will always seem like taking on our nerves. The reason can be clashing of personalities and thought processes. But other times, it can be bully nature of a person with making the other person uncomfortable. Mistreating someone for no reason is also a valid reason for another person to maintain a safe distance.

Morning Picker brings you 14 such pairs of actors who will never share the screen no matter what. Read below to discover such pairs.

14 pairs who had the worst screen time with each other

The pair worked with each other on the sets of 24. Freddie got so fed up with Sutherland that he thought to quit acting. Moreover, he also said that Keifer is the most unprofessional dude anyone can come across to. However, in an interview in 2009, Sutherland had nothing negative to say about Freddie.

The actors were together in “The Lords of Flatbush”. However, Richard was fired from “The Lords of Flatbush” because he and Stallone got in a physical fight with each other. The fight began because Gere accidentally got mustard on Stallone’s pants. This happened when they were eating their lunch in the back of Toyota.

Julia hates working with her “I Live Trouble” co-star Nick Nolte. She said that Nick is completely disgusting. Moreover, they were so fed up with each other that they filmed almost all the scenes together with stand-ins.

George said that he had a friendship with everyone at “Stark Trek” sets. However, he hated working with William Shatner. Thus, Takei refused to join the team of “Stark Trek V” because William Shatner was directing it.

Things were very serious between the two of them and they were each other’s best friends. Kiely Williams said that she had never wanted to be on Adrienne Bailon’s talk show, “The Real”. According to Kiely, Bailon just pretended to be her best friend because when her father died, Bailon never contacted her. Neither did Bailon went to Kiely’s father’s funeral.

Tommy was so fed up with Jim’s buffoonery on Batman Forever’s set that he went to Jim and said on his face that he just cannot tolerate him. Moreover, Carrey also revealed that he knew that he has become a pain for Tommy.

While the actors were shooting scenes for “Charlie’s Angels”, Bill used unacceptable language to insult his co-star Lucy. Later on, she told LA time no matter where one comes from, they have no right to let other people down. Bill’s role was then transferred to another actor.

Well, Paris was just hosting an episode of SNL and Tine called her out with very abusive language. Hilton never commented on this incident but she never went back to SNL.

Rose allegedly called out Alyssa for making the environment at “Charmed” sets very toxic. However, Alyssa said that being called out does not affect her.

Kevin described Bruce in his book as the meanest person he has ever met. They worked together for Cop Out.

Will Smith and Janet Hubert

Will and Janet worked together in “The Fresh Prince of Bel-Air”. However, Janet wanted to name the show “The Aunt Viv of Bel-Air”. Janet said that Will was a reason why she got fired from the show.

Samantha Ware blamed Lea for making her question her career. Her statement was backed up by actors like Alex Newell and Heather Morris. However, Lea later apologized on IG.

Archie left “The Good Wife” because of altercations with Julianna Margulies. Moreover, there were whispers that the actress has filmed their scenes separately.

As soon as both of them completed the shooting of “Terms of Endearment”, the news of their altercations came public. Their feud was visible when both of them were nominated for Best Actress at the Academy Awards.