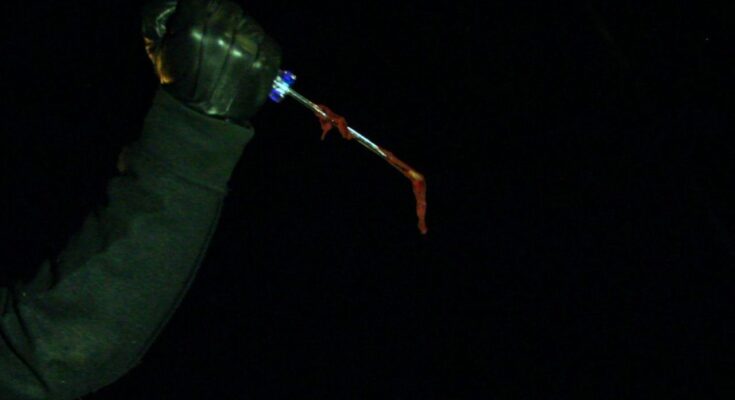 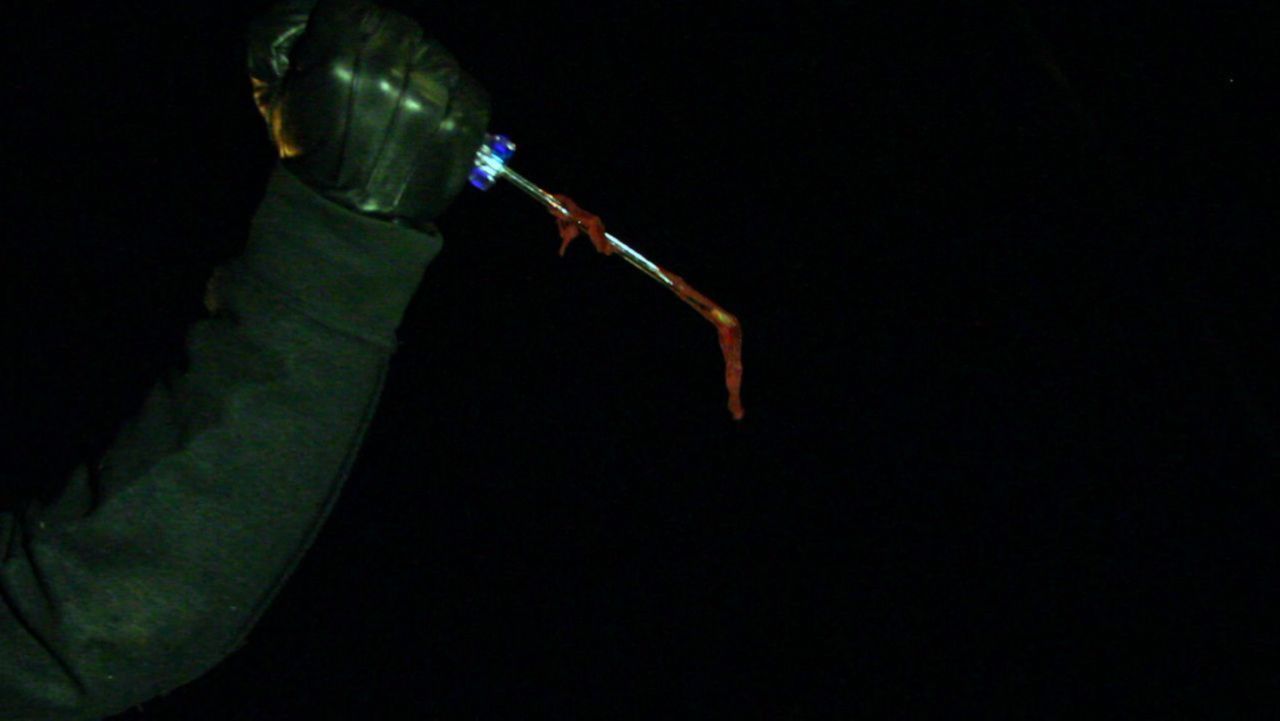 Dark Star Pictures has released a new trailer for their upcoming slasher movie Death Drop Gorgeous, which has been building a buzz in LGBTQ+ horror circles on the festival circuit, ahead of its official release on September 10. The movie, an official selection by Seattle Queer, Chicago Horror, Wicked Queer, VideoScream, and a number of other festivals, was directed by Michael J. Ahern (who also plays one of the film’s leads, Detective O’Hara), along with Christopher Dalpe and Brandon Perras-Sanchez. The trio co-wrote the movie, and it marks the first directorial feature for any of them, with only Perras-Sanchez having a previous short film under his belt.

The movie was called “an immediate queer horror classic” by LGBT Nation, whlie The AV Club said that it’s a film “best enjoyed with a drink in hand and a smear of lipstick across your face.” In either case, it sound like a campy, bloody, potential cult classic.

The filmmaking team told Diabolique Magazine that “the film Tangerine was a huge motivator for us; it’s low budget yet poignant storytelling definitely inspired our drive. Abel Ferrara, who did Driller Killer, also had an influence over us. Alice Sweet Alice, Whatever Happened to Baby Jane, and even Sunset Boulevard all inspired, in part, the creation of our little monster, in addition to our very clear influences like Waters and Argento.”

You can see the trailer below.

Also starring Paul Bohn, Wayne Gonsalves, Payton St. James, Brandon Perras-Sanchez, and Christopher Dalpe, Death Drop Gorgeous centers on a dejected bartender and an aging drag queen, who fight to survive the eccentric and hostile nightlife of a corrupt city, as a masked maniac slaughters young gay men and drains them of blood. Scream queen Linnea Quigley also has a cameo in the movie.

Dark Star Pictures is an indie studio behind movies like The Last Matinee and Honeydew, the latter of which was directed by Steven Spielberg’s son Sawyer.

Death Drop Gorgeous will be released in select theaters, and available On Demand, on September 10th, 2021.