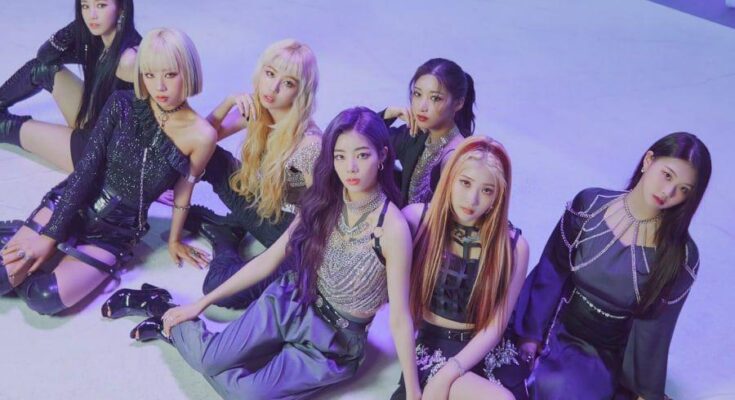 The popular South Korean girl band, the purple kiss was formed in 2020. The group deals with music, songwriting and choreography. Purple kiss is a self-producing group.

The group is all set to return with their mini album. The girl band is not making fans wait too much as the album is releasing on September 8th. ‘Hide and Seek’ and will be the groups second mini album.

They announced the big return while they released a logo motion teaser. The band consists of seven members which include Ireh , Swan , Yuki , Park Ji – eun , Na go-eun , Dosie and Chaein. Additionally ,their music spreads across various genres including R& B , Kpop , rock and ballad.

The girl band is from RBW who made their debut in march of 2020 with the first album ‘Into Violet.’ The title track Ponoza was a major hit by PURPLE KISS.

The trailer of their latest album put out a haunted and mysterious vibe , consequently the unexpected is to be expected with the album.

Fans of Purple kiss could not be more excited for their return. Subsequently,As soon as the trailer dropped social media sites were flooded with the fans expressing their joy.

One fan expressed her joy by saying that she was super excited for the new album to come out and that purple kiss was one of her favourite rookie groups. Moreover ,She appreciated how every member of the band was credited and how they all participated in the choreography , song writing and other aspects of music.

She called them as the most self producing group and wrote how she was proud of them. Likewise ,he other fans of the band were super excited for the long awaited comeback as well. One of them wrote ” get it queens.”