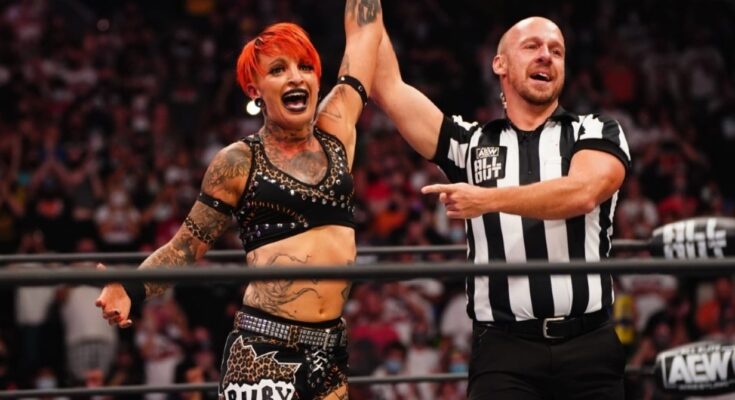 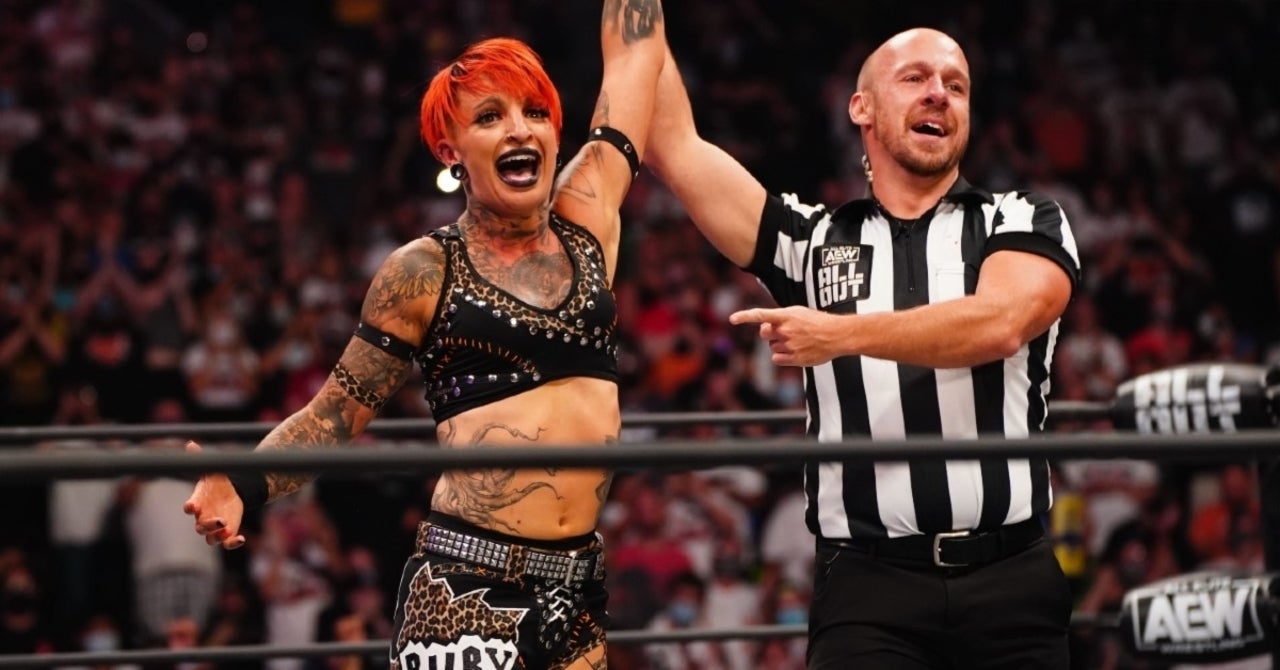 Ruby Soho (fka Ruby Riott in WWE) made her surprise debut for All Elite Wrestling at All Out this past Sunday and won the 21-women Casino Battle Royale. The victory gives her a future shot at Dr. Britt Baker’s AEW Women’s World Championship, and the company announced on Tuesday that she’ll compete in her first match on AEW Dynamite this coming Wednesday against Baker’s associate Jamie Hayter.

The rest of the card includes Jon Moxley vs. New Japan Pro-Wrestling star Minoru Suzuki and Malakai Black vs. Dustin Rhodes. The show will also see the fallout from Sunday’s pay-per-view, which ended with both Adam Cole and Bryan Danielson making their debuts for the company.

#RubySoho debuted at All Out & won the #CasinoBattleRoyale to earn a shot at #AEW Women’s World Champion @RealBrittBaker. In preparation @realrubysoho signed an open contract to make her #AEWDynamite debut LIVE Tomorrow, & that contract has been signed by Britt’s muscle @JmeHytr! pic.twitter.com/a51nMJdOtY

Soho spoke at the post-show media scrum late Sunday night and had nothing but positive things to say about her first day with the company.

“I have never experienced anything like that before,” Soho said (h/t Fightful). “To have people have that anticipation for me and for people to want that and for people to get it, and getting excited is something that I think all of us in the wrestling industry that I have four. That moment of just being accepted and wanted and welcomed at this new Incredible company that you work for. That’s always a scare, right? You’re working in a new place, ‘Am I going to be accepted? Am I going to fit in?’ It just felt like home immediately from the moment I walked out there and it was just incredible.”

Check out the full results from All Out below: