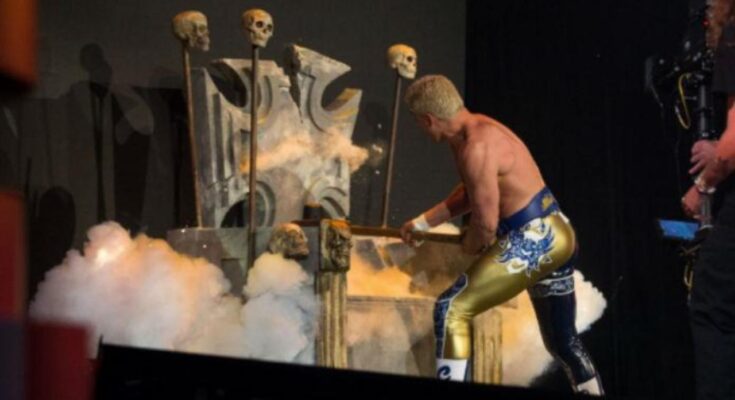 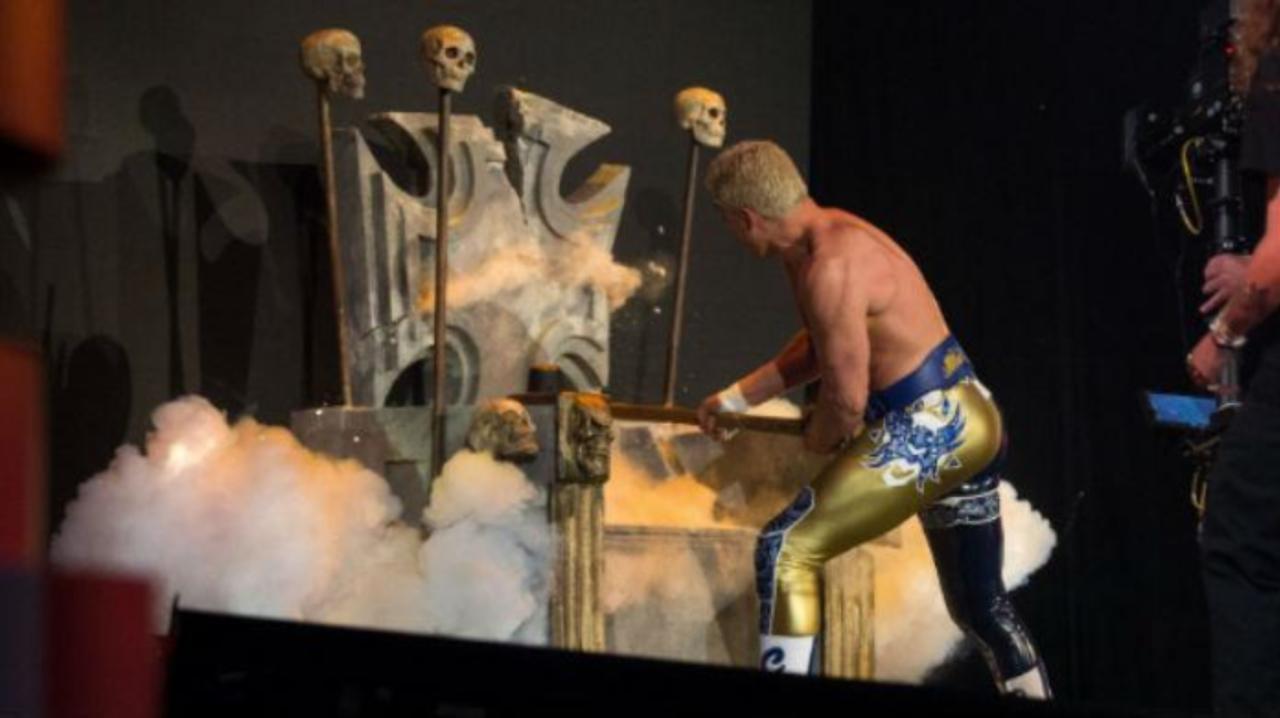 Ever since Cody Rhodes smashed a stone throne with a sledgehammer back at the first Double or Nothing pay-per-view, fans have wondered about the rivalry between the AEW executive vice president and Triple H, the man behind WWE’s NXT brand. AEW Dynamite and NXT are no longer running on opposite nights, but AEW still takes the occasional jab at WWE when the opportunity presents itself. And yet, for as big as a statement as Rhodes’ throne-smashing was, he’s actually a huge fan of “The Game.”

“So I don’t know if I should share this, but, at some point, it’s going to come off my chest: Triple H is probably my favorite wrestler and was a role model,” Rhodes recently told Inside The Ropes. “I only watched from a distance, but he reminded me a lot of my dad in the sense that I watched him do all the work, be this executive, and then go out there–and he was only part-time for the most part other than when I first started and had that run with him and Teddy and Shawn. He really was a model in terms of, ‘Okay, you can do both, you can do both, but you have to be really disciplined. You have to take it really seriously.’ And that doesn’t get you many friends when you’re the Hermione Granger of the company, and you just take it so seriously and are just a little bookworm.

“But, yeah, I wanted to be clear what we were doing. You mentioned the barbs back and forth — that’s part of what we do,” he added. “Trash talk is part of what we do, but also when they counter-programmed us for no reason other than to split our audience, I didn’t want to meet that in a cowardly fashion. I wanted to flat out say, ‘Okay, well, great. Our show is still going to be better and as crazy as this is, we’re going to win. So if you want to have this moment in time on Wednesday nights where we put all eyes on wrestling, we’re going to win.”

Rhodes continued — “I don’t want to go into any battle with the idea that we’re going to lose. I’m face-forward in the company on so many things, so I wanted to go in and let them know I am willing to fight. I am willing to openly smash this iconic symbol, and what it stood for and stands for to some fans. Yeah, there’s so much to that moment. That may be my favourite moment. The match was one thing, but that was something that . . . I hear this a lot in wrestling school and it blows my mind. People will be like, ‘Well, the match . . .’ They talk about matches with the sound off. ‘Like, well, it’s different with the sound off.’ That’s ridiculous. Wrestling never has the sound off. So I never, ever will regret that moment because when I turned to head back up the ramp, everybody in the building knew what we were about to do and everybody wanted us to do it, and we did it, and we wanted to make a statement. So that was a statement.”

He also added that Triple H recently reached out to congratulate him on the birth of his daughter. Rhodes will return to action on the Aug. 4 episode of Dynamite, taking on Malakai Black in his AEW in-ring debut.