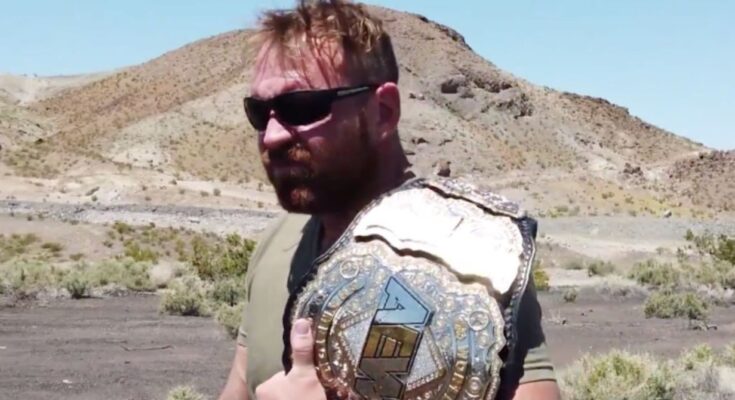 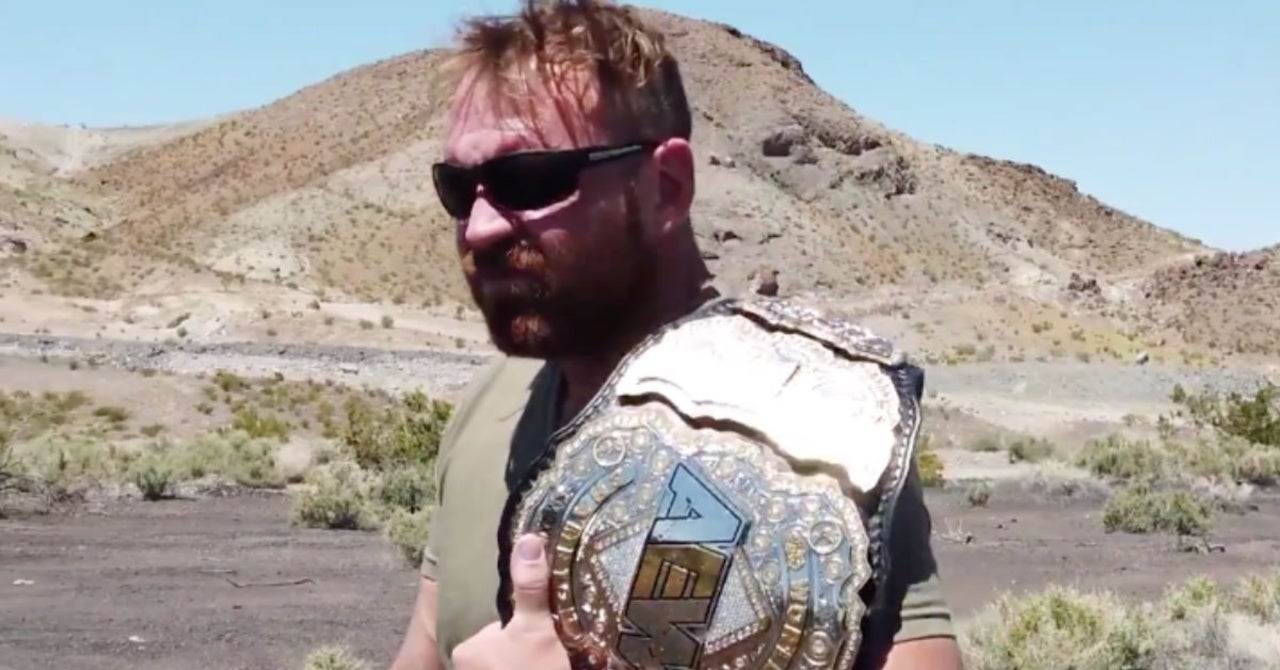 Jon Moxley hasn’t been on AEW television since Double or Nothing and it looks like the former AEW World Champion has changed up his look. Mox was recently at an autograph signing in Vegas and a fan video from the event shows Moxley briefly removing his hat to reveal he had shaved the top of his head. It’s hard to tell if he’s kept some hair in the back, but many fans are already assuming he’s gone fully bald.

Moxley was written off television during an AEW World Tag Team Championship match with The Young Bucks. The heels retained their titles against Moxley and Eddie Kingston after repeatedly battering Mox with BTE Triggers. In the weeks that followed Moxley and his wife, Renee Paquette, welcomed the birth of their daughter Nora.

I don’t hate it. I mean how could you! It’s @JonMoxley 😋❤️💖 pic.twitter.com/7yUIZwDraf

I would like to extend my hand and personally welcome Jon Moxley as a member of the bald community today.

We’ve been expecting you, chief.

In an episode of Oral Sessions taped before Nora was born, Moxley was asked how he felt about the idea of her following in his footsteps and becoming a pro wrestler.

“If she was really passionate about it, then, yeah, go for it,” Moxley said. “If not, if she was just like playing around, then go play around with it. Sometimes you get into some stuff and you play around. sometimes you’re gung ho about something, I was gung ho about this, this was all I’ve ever wanted to do. I was not playing around having fun. This was not, let’s try this out, see if it works out, you know, some people come into wrestling with that attitude and then go on to make millions of dollars, then they get really good at it, you know? So it can work. But [with] me, this was my life. This was it. There’s no other anything.”

“I would assess where her mindset was and if it was like, ‘Hey, get in there and take a bump, see how that feels.’ Then, maybe everything changes,” he continued. “So yeah, I mean, but if she wanted to go be a circus performer, or a math teacher, or join the Peace Corps, or be a pro wrestler or a hockey player, or ringette, we don’t have that here. But Renee might be able to teach you to play ringette whatever she wanted to do. I say, Do whatever you want to do and I would support you.”