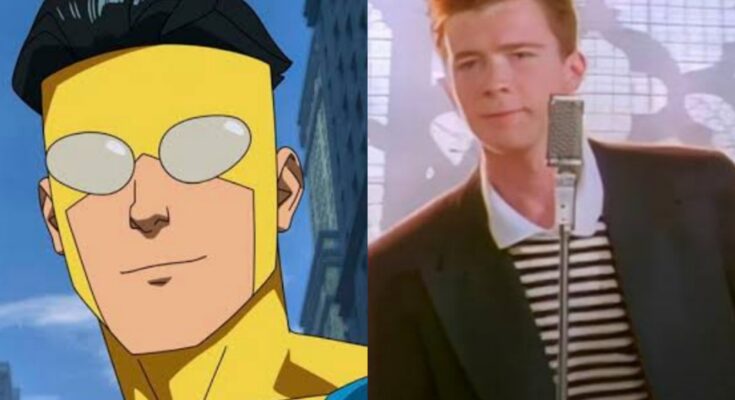 Never gonna give up on these promotion tactics

The PR team that handles the Twitter account of Amazon‘s successful animated series Invincible are having a great time trolling fans. The show is based on the comic books of the same name, written by The Walking Dead creator Robert Kirkman. In the same vein as Spider-Man, Invincible is a high schooler named Mark Grayson who leads a double life as a superhero. But unlike Spider-Man, superheroes in Invincible wear bright colours to cover up the violent natures they have hidden beneath.

Maybe I can blame it on being the new guy? It’s Friday, after all. pic.twitter.com/XS7Dzflkru

The series was a massive hit, and the Twitter account revealed that it got renewed for a second and third season. A video that got uploaded led fans to believe that they were going to see some new clips. Firstly, there were folders named “SEASON 2 (FULL EPISODES)” and “SEASON 3 (FULL EPISODES).” But the mouse went to a folder next to it called “SPICY MEMES” and it opened to the notorious Rick Astley song.

The show gave birth to a lot of memes, and the Twitter account is capitalising on that by creating their own. Omni Man is now a known figure and his “Think, Mark. Think.” meme is used throughout the internet. The latest Rick Roll ensures that the team is keeping fans interested in the show.

Amazon is riding high with shows like Invincible and The Boys. The two shows brought out a darker and more twisted chapter from the world of superheroes, and shows how deadly powerful people can be. Invincible has a star-studded cast doing the voice acting and an exceptional writing team.

Let’s hope the PR team does more of these viral stunts until a release date is announced.

Also read: The Other Two : HBO Max Renewed the Comedy Series for Season 3!