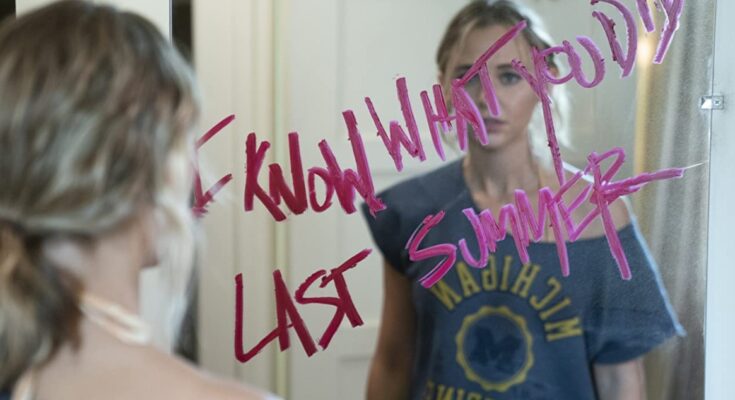 All set to release

The reboot of the iconic 90’s movie is all set to release. Amazon has set a fall date, October 15th, 2021 for the premier. The series will be based on the 1973 novel by Lois Duncan, the movie was based on it as well. Amazon gave fans a glimpse of the series. The images dropped on Wednesday.

Amazon will be Going in a different direction from the original, the reboot will be launched as series, rather than a movie. The first four episodes will drop on the official release date of October 15th. While the following eight episodes will come out on subsequent Fridays.

The development of the series was announced on July 26, 2019, Subsequently, The filming of the series began this year itself, on January 25th, 2021. The original executive producers’ Neal H.Moritz and Pavun Shetty were retained. The writer Shay Hatten was replaced by Srah Goodman. Both Hatten and Goodman are also serving as executive producers. Craig William Macneil will be directing the pilot, as well as producing it.

Get a look at the first images dropped by Amazon!

The images released by Amazon fit the description of the show perfectly. “One year after a fatal car accident that haunted their graduation night, a group of teenagers find themselves bound together by a dark secret and stalked by a brutal killer, the premise released by Amazon studios reads. As the show navigates their journey, they try to piece who is after them ad they reveal dark side of the town and their lives. Everyone is harbouring a secret something and revelation of the wrong secret could cost them their lives.

Mark your calendars for this fall, ”I know what you did last summer,” will make it one to remember.