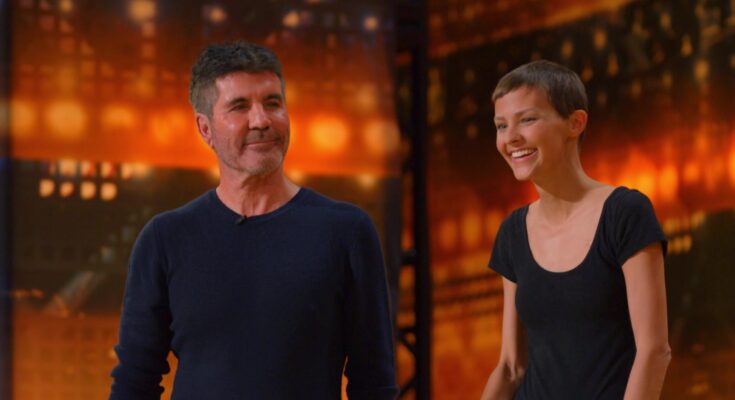 Nothing can be more heartbreaking than Simon Cowell’s cry. On Wednesday night (11th August), Simon got very emotional while checking upon Zanesville. She is the same singer whose audition video crossed over 200 million views. There is no way anybody imagined that she would be suffering so terrible things.

Read below to know more about what exactly happened in America Got Talent on 11th August.

While Cowell was on the show, he recalled talking to Zanesville. With a cracking voice, he said that Zanesville was afraid that she has let down many people. But he reminded her that her health is her priority and she has made the right decision. Cowell could not control and his tears started rolling down his cheeks. He further added that she has not led anyone down and even though she didn’t complete, she has already won.

Zanesville and her currently

Simon was referring to Zanesville who is an Ohio singer. The native of Jane Marczewski got a golden buzzer from Simon. He loves her for her original song “It’s Okay”. During the same audition, the singer revealed that she is suffering from cancer that has reached her lugs, spine, and liver. The cancer is so serious that she has only a 2% chance of survival. She appeared remotely on the show along with a smile thanking the crews for giving her an opportunity to share her story.

Zanesville also shared what gave her energy to writing a song like “It’s okay”. She said that she wrote this song for herself in the middle of the night. The Ohio singer also told that she needed those words so badly. But now she is overwhelmed because the world accepted her masterpiece in their own dark days.