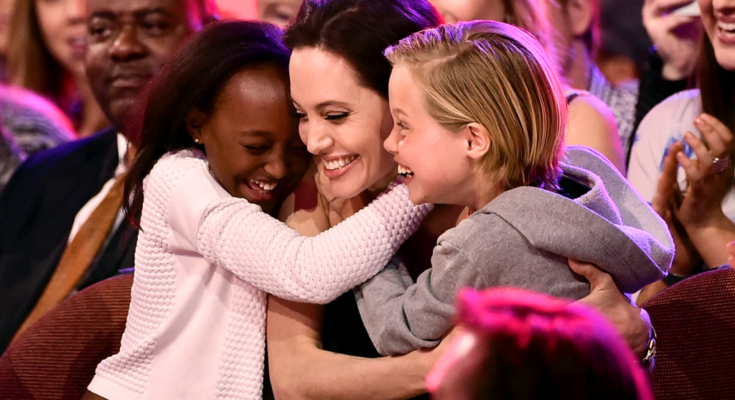 In one recent interview, Angelina Jolie shared about her fear for her family’s safety soon after Brad Pitt’s marriage. Brad and Angelina were very famous and loved couples. They got divorced in 2016 ever since they got divorced, they are struggling with legal formalities. Many of these legal proceedings were held in California.

But what triggered this topic?

Recently, Angelina who is 46 years old now, with an interview with Guardian was promoting her new book. The book is named ‘Know Your Rights and Claim them’. This book’s major objective is to define Children’s law and more knowledge about justice.

Soon in the interview, Angelina was asked what made her write this book. To which she replied she cannot share much in detail because of legal reasons. However, when she was asked if it’s about her family’s safety, she replied Yes it is for her whole family’s safety. Jolie also described her divorce experience to be too horrific.

She also added that the whole violation thing did not actually start with the plane incident. Meanwhile, there are allegations on Brad Pitt in the divorce. Allegations such as abusing their children. The plane incident has specially mentioned the fight with the oldest son Maddox who was 15 years old then. After the incident that took place on the flight, actor Angelina filed the divorce.

According to Angelina, the ratification of the United Nations Convention on Rights of the Child (UNCRC) meant that their oldest child Maddox was denied a voice in court. The actress also shared that she is not the kind of person who takes a decision in heat of the moment. It took a lot of courage to her, to finally decide that she has to separate from her children’s father.