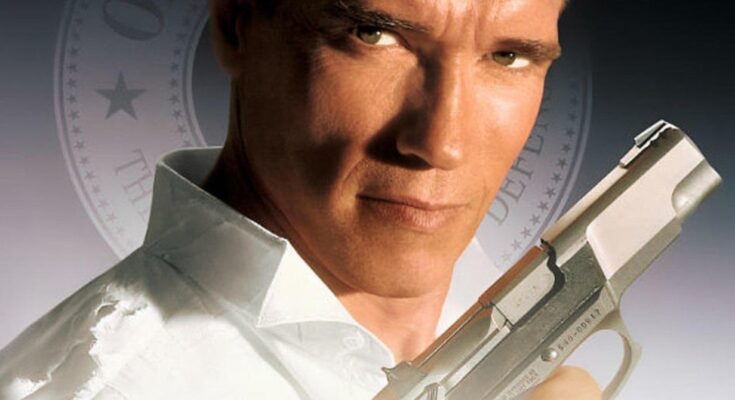 What’s Arnold Schwarzenneger’s favorite movie that he starred in? The answer might just surprise you! The Internet is (once again) fascinated by an interview Schwarzenegger did with The Late Show host James Corden, in which he revealed which of his films he actually appreciates more than the others: Kindergarten Cop. As Schwarzenegger told Corden: “I think Kindergarten Cop is my favorite.” Yes, you heard that right: the man who made Terminator, Predator, Total Recall, The Running Man and the Conan The Barbarian series actually holds the movie where he plays a hard-boiled cop going undercover as a kindergarten teacher, the most.

To be fair, when Schwarzenneger spoke aobut Kindergarten Cop with Jame Corden in 2015, he was talking about a larger arc to his career, in which he transitioned from violent action roles into more of a comedic stride. The man responsible for largely helping Schwarzenegger make the jump from action star to funnyman was none other than Ghostbusters director Ivan Reitman. Reitman first helped Arnold make one of the most absurd (and funny) high-concept comedies ever, Twins, with Danny DeVito.

After Twins was a success, Schwarzenegger re-teamed with Reitman to do Kindergarten Cop, which put him in the solo spotlight as a comedic lead. According to Arnold, that time in his career is the period he remembers most fondly:

“Then, when I finally met Ivan Reitman and when we did ‘Twins,’ and then we did ‘Kindergarten Cop,’ I was in heaven,” Schwarzenegger recalled. “It was such a great director and working with Danny DeVito. It was really great.”

It’s not hard to see why Schwarzenegger appreciates this period of his career. After having to pump iron and eat lean for muscle-bound action roles, Schwarzenegger got to cut loose and flex his comedic muscles – muscles we now know to be as ample and strong as his action skills. Not to mention, working with Ivan Reitman seems to be (in general) a highlight of so many iconic actors’ careers, from Schwarzenegger to Bill Murray, Dan Aykroyd, Kevin Kline, Sigourney Weaver, or even more modern stars like Natalie Portman, Uma Thurman, Luke Wilson, or Ashton Kutcher – you never heard anything but praise for working under Ivan Reitman’s direction.

Also, it’s kind of sweet to know that Arnold Schwarzenegger remembers a film where he got to share the screen and goof around with a group of child actors as his favorite. Terminator, Governor, big ol’ teddy bear. Gotta love Arnold. If you want to see something fun, watch Schwarzenegger surprise the Kindergarten Cop cast at a recent reunion: