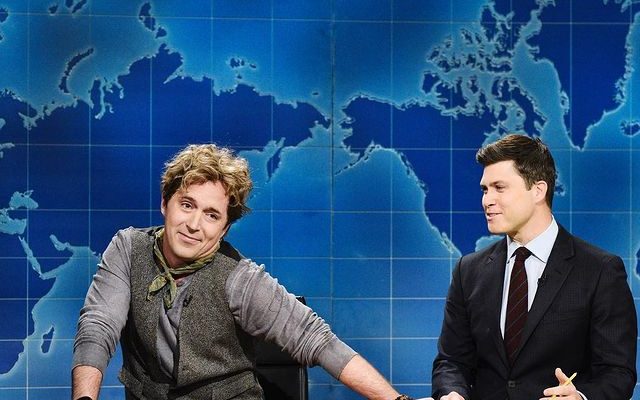 Beck Bennett is popular for playing the role of Former Vice President Mike Pence on Saturday Night Live. He will be parting ways with the show as announced in the cast reorganization on Monday. Bennett will be leaving the show as the Sketch series has hired three new additions to the show. The series also announced the farewell of some cast members and promotions of two new members.

Bennett joined the series in 2013 and has been a member of the show for 8 years. His impressions of Russian President Vladimir Putin and former US VP Mike Pence, made him popular among masses. He was since then promoted to a regular cast member from 2015 onwards. He acknowledged the departure on his Instagram by thanking the people he worked with for 8 yrs, life-changing experiences, and remarkable people.

How is the new season looking?

For the new 47th season Chole Fineman and Bowen Yang are joining as regular cast members. The New season will also feature Aristotle Athari, Sarah Sherman, and James Austin Johnson as new cast members. Athari is the second Irani-American woman to join the cast after Nasim Pedrad. SNL has two-tier performers, celebrity guests who host the show every week and other tier includes the main cast and featured cast.

Welcome to the cast!

Lauren Holt will also be leaving the show. She joined SNL last year. She appeared in some parts and as Mike Pence’s wife. The returning cast will include Pete Davidson, Colin Jost, Aidy Bryant, Michael Che, Kate McKinnon, Mikey Day, Kenan Thompson, and many more.