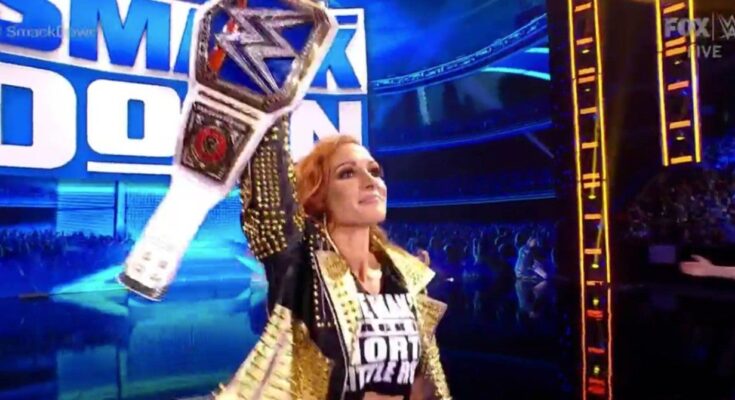 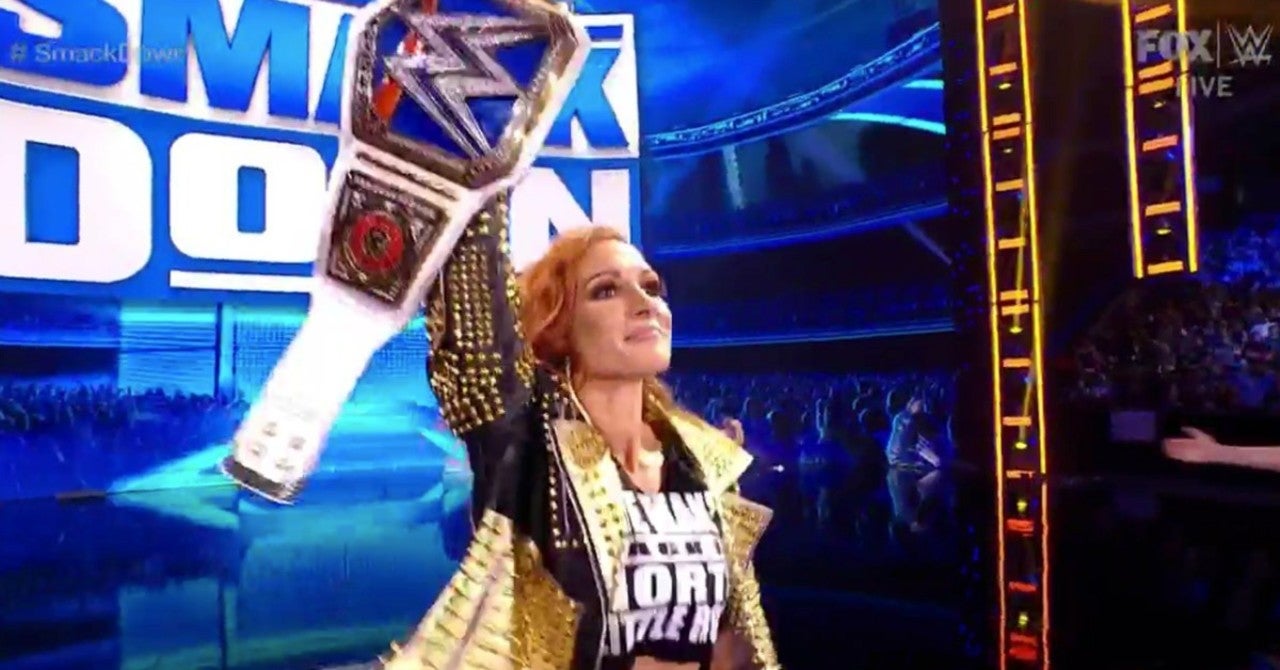 Tonight’s SmackDown kicked off with the return of Becky Lynch, fresh off her SmackDown Women’s Championship win at SummerSlam. She started by saying The Man has come home to Little Rock, and celebrated her big win. “I missed you guys. Let me tell you, when I had to give up my Raw Women’s Championship a year and a half ago, it was one of the hardest things I’ve ever had to, not because I was giving up a title, but it was like giving up my life as I knew it, and I promise you’ve I’ve been training to get to where I once was,” Lynch said. “I have a new set of priorities, and if you thought I was deadly before, you have no idea of how deadly I am about to be.”

“Which brings me to SummerSlam,” Lynch said. There were some boos, to which Lynch acknowledged. “I hear you, I hear you. There has been a lot of controversy about my return, and a lot of people saying I was underhanded. Alright, I would like to take this time to say I’m sorry… for absolutely nothing, hahaha. I’ve been around in WWE long enough to know it’s all about timing. You can say it’s a lucky break, and if all of you thought I’d not been preparing for this every single day, then you haven’t been paying attention to my career.”

Belair then came out to greet Lynch, and got a great reaction from the crowd. “You know I’m not here to make excuses because that’s not my style, but if you think I’m okay with what happened at SummerSlam, then girl nuh-uh. Because I’ve been right here working too long for you to come in and erase it in 26 seconds. So you want to talk about timing, well I accepted your last-minute challenge, so why don’t the EST and The Man tear it down for the SmackDown Women’s Championship tonight?”

Then Carmella came out and threw herself into the ring for a match with Lynch. “Listen, they told me one hour before I was Sasha’s replacement.” She then said she wasn’t prepared, but then got cut off by Liv Morgan. Morgan came out and they all argued, but Belair cut them off and said it had nothing to do with them. She challenged Lynch again, but Lynch said “nah”, and said “not tonight”. She then headed backstage with Belair looking frustrated.

You can find the official description for SmackDown below.

Here’s what is on deck:

The Man Returns to SmackDown

Hat have you thought of SmackDown so far? Let us know in the comments and as always you can talk all things WWE with me on Twitter @MattAguilarCB!