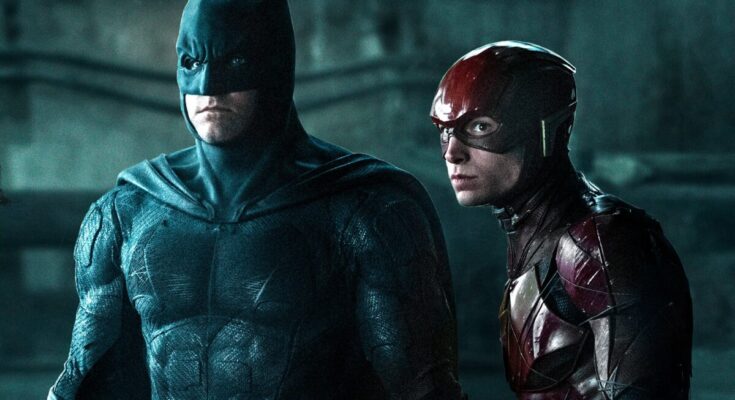 Ben Affleck is finally excited to play Batman again after having a sour experience with Joss Whedon in 2017’s Justice League.

Affleck plays the Dark Knight in Andy Muschietti’s The Flash next to Ezra Miller. The movie will take inspiration from the iconic comic book The Flashpoint Paradox.

Affleck spoke about his experience at the sets, and said that it was a really nice way to revisit it. Afterwards he added that “the prior experience had been difficult.” He spoke about the movie when he arrived with George Clooney for a screening of Clooney’s new drama, The Tender Bar.

Affleck continued, saying he had a great time. He also joked at the start that he was probably under some gag order which he’s not aware of and probably violated, for which he will get sued.

“I love Ezra,” he said, and also mentioned meeting Jason Momoa who was working on the Sequel of Aquaman in London. Affleck will share screen space with Michael Keaton, who will reprise his role as Batman too.

About “The Tender Bar”

In Clooney’s coming-of-age film, Affleck plays a bar owner who becomes a father figure for his young nephew. The boy and his mother gets abandoned by the father when he gets a career as a radio DJ. The movie is based on the Pulitzer Prize-winning jounalist J.R. Moehringer’s memoir of the same name.

Affleck said that the movie is about support and love and goodness, and feels good to bring this to the rest of the world. The movie will release in theatres in New York City and Los Angeles on Dec. 17, with a global release on Dec. 22. It arrives to Amazon Prime Video on Jan. 7, 2022.

Also read: Ben Affleck and George Clooney Together at ‘The Tender Bar’ Premiere! Excited to Work Together