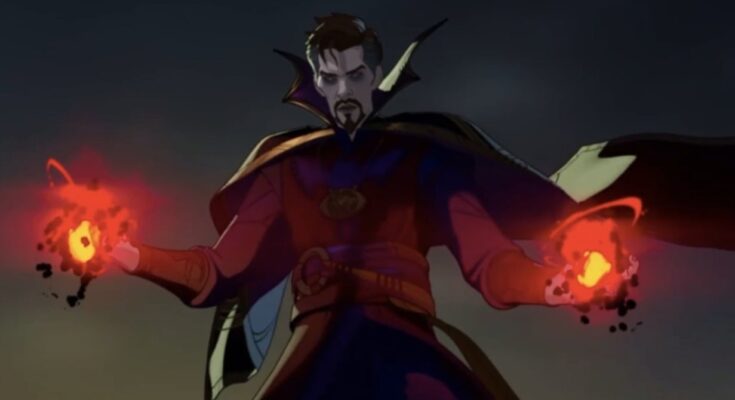 Back in 2019, some of the voice cast for Marvel’s What If… was announced at Comic-Con, and more updates on the animated series’ star-studded line-up keep coming in. The newest long list of names features a lot of exciting additions as well as some disappointing omissions. We already knew Robert Downey Jr. (Iron Man) and Chris Evans (Captain America) would not be lending their voice to the project, and it was confirmed today that Scarlett Johansson (Black Widow) is also not involved with the series and that Tom Holland won’t be voicing zombie hunter Spider-Man. However, there are plenty of names to be excited about, including Benedict Cumberbatch (Doctor Strange) and Don Cheadle (War Machine).

Fans will be especially excited to see Cumberbatch on the line-up considering it was already revealed that Marvel’s What If… would feature an episode about “dark” Doctor Strange. According to The Illuminerdi, the Stephen Strange in Marvel’s What If…? is a Doctor Strange who “found magic after the death of his true love which led him down a darker path with dark and dangerous magic in an attempt to change his past.” The cast list also includes Rachel McAdams, who played Dr. Christine Palmer in Doctor Strange, so we’re willing to bet she’s the “true love” in question. You can check out the rest of the cast list below:

“I do joke that I’m writing very expensive fan fiction,” head writer A.C. Bradley recently told Total Film of the 10-episode first season that promises “more than a few surprising MCU cameos.” According to Bradley, audiences will feel like they’re “watching one of the movies” within 30 seconds of watching the animated series streaming on Disney+.

Marvel’s What If… premieres on August 11th.