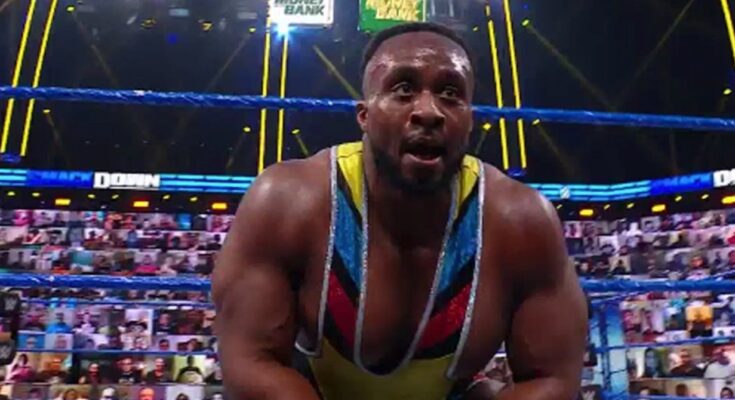 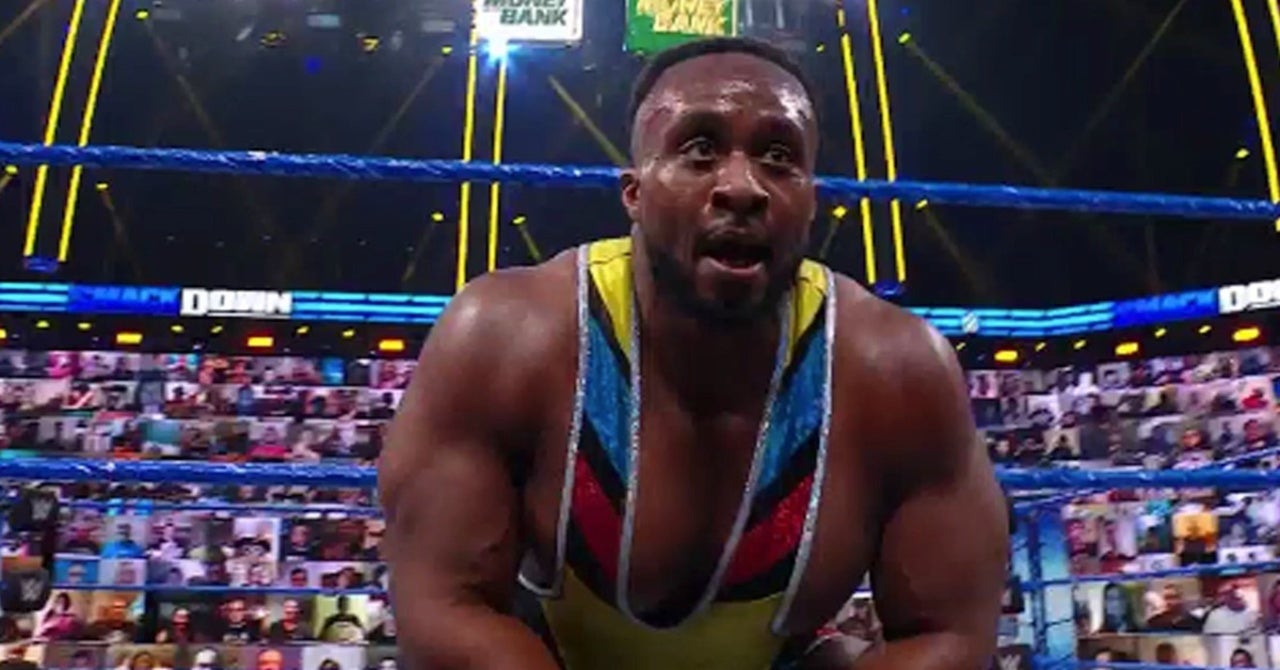 Tonight’s SmackDown featured a big qualifying match for the Money in the Bank pay-per-view coming up next month, and there was plenty of bad blood in the match. That’s because the battle was between Big E and the man who took E’s Intercontinental Championship from him, Apollo Crews. Commander Azeez was ringside for the matchup, but early on it was all Big E, who knocked Crews out of the ring and then when he got back in hit him with punishing punches. E then clotheslined Crews and then pulled him against the ropes and chopped his chest. Crews lifted E and slammed E down on his back and neck on the ring apron before SmackDown headed to commercial break.

When we came back Crews was in control, grounding E and locking in a hold to wear him down. Crews then hit E with a suplex and went for a pin but he kicked out. Big E would make a comeback but Crews put a stop to it, hitting E with three suplexes, though he couldn’t quite get the pin. E came back again and went for a submission, but before Crews could ever tap Azeez pushed the bottom rope towards him to break it up.

Crews then knocked E back and went to the turnbuckle, but E cut him off and went up there as well. Crews would win that matchup though, hitting E with a splash and then a German Suplex but again, Big E kicked out. of the pin. Crews chased E out of the ring but E hit him with a huge clothesline and rolled him back into the ring. When the referee was turned Azeez tried to hit E with the Nigerian Nail, but the referee caught his arm and then threw him out.

Crews used the distraction to try and pin E but E caught him and hit the Big Ending for the win. E now joins Ricochet, Matt Riddle, and John Morrison, and there will be a Triple Threat between Randy Orton, AJ Styles, and Drew McIntyre on Raw to see which of them makes it in.

You can find the official description for tonight’s SmackDown below.

“In the wake of the historical SmackDown Hell in a Cell Match, Universal Champion Roman Reigns to hold a State Of the Universal Championship Address on the blue brand. Plus, Intercontinental Champion Apollo Crews to battle Big E in a Money in the Bank Qualifying Match and Cesaro & SmackDown Women’s Champion Bianca Belair join forces against Seth Rollins & Bayley. Don’t miss SmackDown, tonight at 8/7 C on FOX.”

Here’s what is on deck for tonight’s episode:

What have you thought of SmackDown so far? Let us know in the comments or as always you can talk all things WWE with me on Twitter @MattAguilarCB!