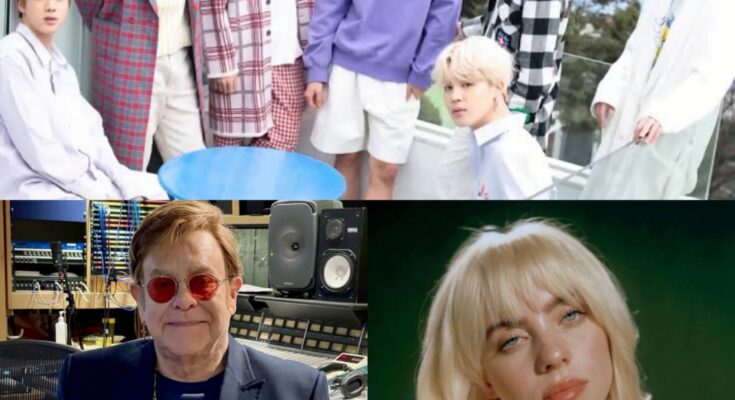 The stars will raise awareness on climate change, vaccine equality and famine

Big names from the music industry will perform at the Global Citizen Live on Saturday. The objective is to raise awareness on climate change, vaccine equality and famine. The stars include Elton John, Billie Eilish and BTS, among many others.

The concert locations are New York, Paris, Lagos, Rio, Sydney, Mumbai among other locations. They will be broadcast globally, and is scheduled to coincide with the UN General Assembly this week.

The main objective is to impact the G20 Rome Summit next month and the COP26 climate meeting in November.

Eilish and Coldplay will be the headliners at New York’s Central Park. They will be followed up by Jennifer Lopez, Camila Cabello, Shawn Mendes, and Burna Boy among others. Prince Harry and Meghan Markle will attend the New York event.

Elton John will perform in Paris, along with Ed Sheeran. The supporting performances are by Doja Cat, Black Eyes Peas and Stormzy.

Femi Kuti will perform in Nigeria, Alok in Rio, and Duran Duran and Kylie Minogue in London.

BTS will perform at their capital, Seoul.

Artists like Metallica and The Weeknd are also part, either through live or filmed performances.

Global Citizen wants to plant one billion trees, deliver one billion vaccines to the poorest countries, and provide meals for 41 million people close to famine.

They previously held high profile events like “Vax Live: The Concert To Reunite The World” in Los Angeles. Every event brings together musicians, actors and other celebrities with influence.

Global Citizen’s biggest mission is to end poverty by 2030. They often encourage their app users to pressurize governments on issues like sustainability and equality.