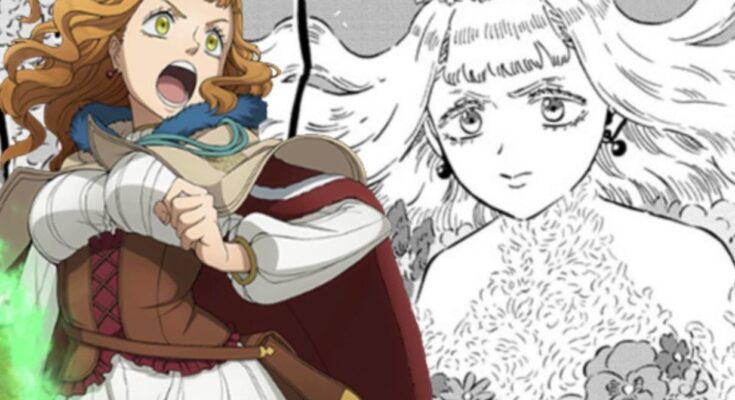 Black Clover debuted Mimosa Vermillion’s own Ultimate Magic with the newest chapter of Yuki Tabata’s original manga series! The newest chapter of the series follows up on the immediate aftermath of the intense fight between Noelle and Nozel Silva against the devil Megicula. Although Rill, Charlotte, and Gaja had held their own against the devil in the chapters prior it was clear that they were all moving on fumes as they pushed their final bits of life to take down the threat. Unfortunately, this turned out to be the case as their injuries seemed like they could not be healed.

But while the three of them were on death’s door, the newest chapter of the series also gave them help from an unexpected source as Mimosa debuted her Ultimate Plant Magic. While she had been a great healer for the Magic Knights in prior fights, her brief training in the Heart Kingdom learning Ultimate Magic was enough to increase her abilities even further and save all three of them from death with Ultimate Plant Magic: Flower Princess Utopia.

Chapter 304 of the series unfortunately revealed that while Rill, Charlotte, and Gaja had been able to survive until Megicula was defeated completely, as soon as the fight ended the three of them collapsed due to the severity of their injuries. Lolopechka’s magic wasn’t able to help, and Asta’s Demon-Destroyer couldn’t help either, so they were left without much option. But Nacht was able to bring Mimosa to the scene just in time.

While he didn’t think that the three of them could be saved, Mimosa activates her Flower Princess Utopia spell and it’s so strong that she’s able to heal all of them completely. This is even true for Gaja, who not only had a huge hole punctured into him by the Megicula controlled Megicula, but had given the last of his life force in order to charge up his final Ultimate Lightning Magic attacks. Which means now that he’s healed completely, he’s allowed to pursue some other surprising interests.

Ultimate Magic has definitely made a major difference in the fight against the devils of the underworld, but there’s still one member of the Dark Triad left to take down as the series continues. But what did you think of Mimosa’s Ultimate Plant Magic? How are you liking the fights against the Spade Kingdom so far? Let us know all of your thoughts about it in the comments! You can even reach out to me directly about all things animated and other cool stuff @Valdezology on Twitter!