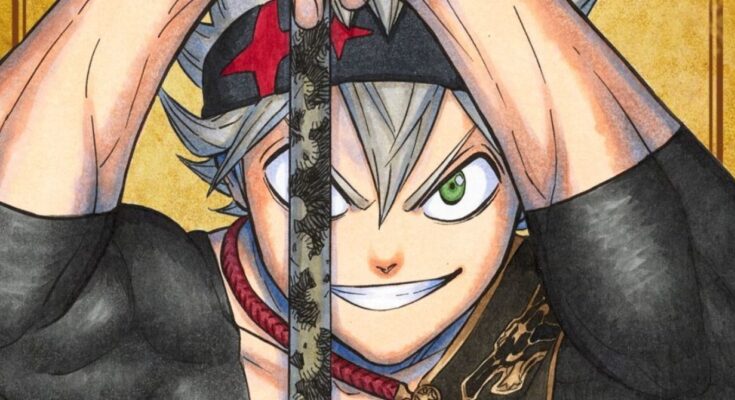 Black Clover has gone on hiatus due to the creator’s health! Fans might have noticed that although the next chapter of Yuki Tabata’s original manga series was scheduled to release alongside the rest of the new chapters from Shueisha’s Weekly Shonen Jump magazine, it unfortunately did not update. Originally scheduled to release on Sunday, September 5th (Monday, September 6th in Japan), it was reported that the series would be going on a sudden hiatus due to series creator Yuki Tabata’s poor health, and unfortunately it’s now confirmed to be the case. But thankfully, it won’t be too long of a wait.

The newest issue of Shueisha’s Weekly Shonen Jump magazine has confirmed that Black Clover is now in the midst of a hiatus, but also states that this break will only be lasting for one week. While it’s due to Tabata’s poor health, the new release date for Chapter 305 of the series is now Sunday, September 12 (Monday, September 13 in Japan). So it may be a sudden break, but not a long one!

The sudden hiatus certainly will be tough though as the final fight against the Dark Triad is already in full swing as we’ll be seeing how Yuno has fared against Zenon Zogratis. The last we had seen of this fight was that Zenon unlocked his full power thanks to the underworld gate cracking open, and our last look wasn’t too hot either. But for fans, what’s most important is Tabata’s health first and foremost.

The series might be scheduled to return next week, but hopefully it’s not at the cost of a rushed recovery. But what do you think? How are you liking Black Clover‘s manga these days? Are you excited to check out the next new chapter? Let us know all of your thoughts about it in the comments! You can even reach out to me directly about all things animated and other cool stuff @Valdezology on Twitter!