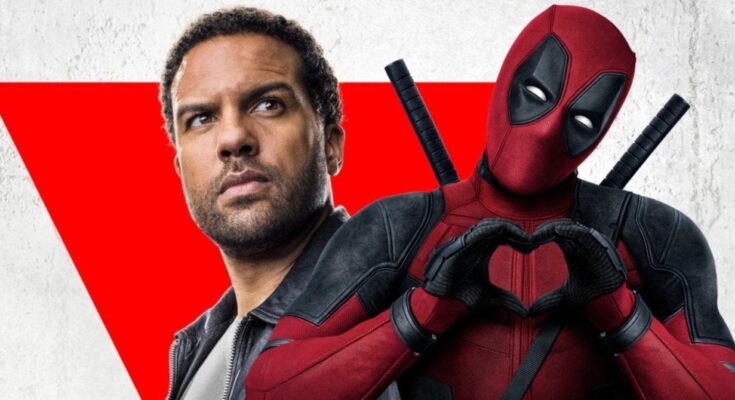 Marvel’s Black Widow is now out in theaters and Disney+ Premier Access, and one of the new characters it introduces to the Marvel Cinematic Universe is none other than Rick Mason, a former SHIELD agent who has turned independent contractor. Black Widow reveals how Natasha Romanoff relied on Mason (O-T Fagbenle) during her time on the run after Captain America: Civil War, and leaves the door open for this quippy espionage pro to show up in other corners of the MCU. So where would O-T Fagbenle like to see Rick Mason show up next? We had the chance to ask him and the answer was simple: with Deadpool.

Comicbook.com’s Brandon Davis spoke to O-T Fagbenle during the Black Widow press tour and asked him which Marvel character he would want to see Mason work with. At first, the actor revealed that the world of Wakanda seemed like a great sandbox to play in:

“I mean, listen, there are a lot,” Fagbenle said. “I think there’s no doubt the who Black Panther community. I think Mason could do great work there.”

Right now the sequel film Black Panther: Wakanda Forever is in production – as is a spinoff series for Disney+, Black Panther: Kingdom of Wakanda. Any of those projects has space for a character like Mason to show up, as an interested party in trafficking in Wakandan tech and/or weaponry – or an ally (coerced or otherwise) in helping Wakandan forces track down their own rogue technology.

However, Fagbenle’s top option couldn’t be a more timely one: “My number one might be Deadpool. I think Deadpool could probably do with a bit of help.”

Black Widow is now a box office smash, and Ryan Reynolds just made his first official MCU appearance as Deadpool. So, Rick Mason working with Deadpool is actually something that could happen. It would be great, as Fagbenle’s banter with Scarlett Johansson makes it seem like Mason and Deadpool could have a real ‘marathon of the mouths’ while working together. Mason would also probably have some of the best reactions to seeing Deadpool casually cause murder and mayhem – which he will get to do in full R-rated glory in the MCU.

All things considered, having Mason pop-up in a Disney+ series might be the most viable option. The first wave of Marvel Disney+ series have proven beyond all doubt that even the most minor supporting character from a MCU movie can become a compelling fan-favorite (and meme-generator) in a longer form TV series. WandaVision has made Randall Park’s Jimmy Woo and Kat Dennings’ Darcy Lewis into major stars of the franchise, after pulling comedic relief duty in a couple of Ant-Man and Thor movies (respectively). If they can do it, O-T Fagbenle’s Mason could easily have a bright future ahead of him: starting with a cameo in the Hawkeye series?

Black Widow is now in theaters and streaming on Disney+ Premier Access.