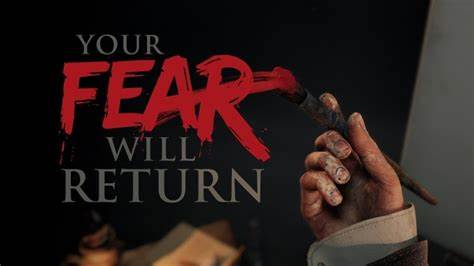 A new Layers of Fear project is in the works at the Bloober Team. The game developer teased the new project in a trailer released on Friday. As unveiled in the final few seconds, the new project will return for 2022. Check out more details below!

Bloober Team confirmed that a new Layers of Fear game is in the works by releasing a new trailer on their official youtube account. The rather ghostly trailer focused on a familiar painter who seemed to contend with a chorus of unearthly voices that filled his head. Further, the already eerie trailer seemingly raised the dread towards its end with the display of the following line “Your fear will return”. Last but not least, the number 2022 scrawls up on the screen, which probably indicates the game’s release.

While the teaser didn’t reveal much about the game, including its title, the Bloober team also remains tight-lipped. Further, note that the trailer of the untitled project was made with Unreal Engine 5, meaning we can expect the same from the new game too.

Layers of Fear game features a psychologically disturbed painter trying to finish his masterpiece while solving puzzles and uncovering secrets about his past. The game premiered on PC, PS4, and Xbox One in February 2016. The Blooper team certainly hasn’t revealed the link between their new project and Layers of Fear. Undoubtedly, it is inspired by their old franchise, given the setup of the new trailer. But we don’t know if the game will be the next in the Layers of Fear series or a spinoff or remake!

Bloober Team released their latest project, The Medium, on December 10, 2020. Earlier in July, the team affirmed that they are working on two new projects. While they haven’t revealed much about them, we can expect the projects to be highly ambitious.

Also read: Sweet Magnolias : The New Release Developments might be a Bummer! Details Below