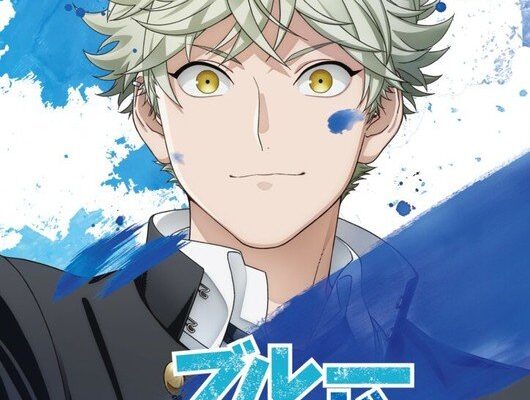 Netflix will release The Blue Period Anime on a weekly basis for the first time. Beginning on Thursday, 7 October 2021, one episode will be air each week around the globe as part of the anime. Streaming will start on Netflix Japan on September 25th and will begin on various Japanese TV networks on October 1st. A manga adaptation of the same name, written by Tsubasa Yamaguchi, is the final inspiration for the anime adaptation.

In addition, the “Afternoon” magazine has published the work since June 2017 and consists of nine volumes.

Basically, Yataro Yaguchi is a good student with no passion. In addition, he drinks, smokes, and floats around the city all night. However, it doesn’t make him happy. As he nears graduation, he begins to wonder if that is the most he can expect in life. A chance encounter with painting opens up new perspectives for him. In spite of having no experience, he decides to apply to an art academy.

There is only a short period of time left to take the entrance exam. As a result, “Blue Period” is being produced at Studio Seven Arcs with Katsuya Asano (“Yu-Gi-Oh!”). Also, Koji Masunari (” The Kingdom of Magic”) serves as Chief Director, while Reiko Yoshida (“Bakuman.”) writes the script. Moreover, Tomoyuki Shitaya (“Food Wars!) is involved in the design of the characters.

Reaction to the anime preview

In this anime, we will see how the protagonist discovers his passion and how he overcomes obstacles and route to achieving his goal. We’ll be watching how he goes in his life and what kind of career path he chooses despite his parents’ doubts. There is no doubt that this anime is thrilling and entertaining. Our journey to make a living will make us discover the discovery of our passion as well as the hurdles or obstacles along the way.