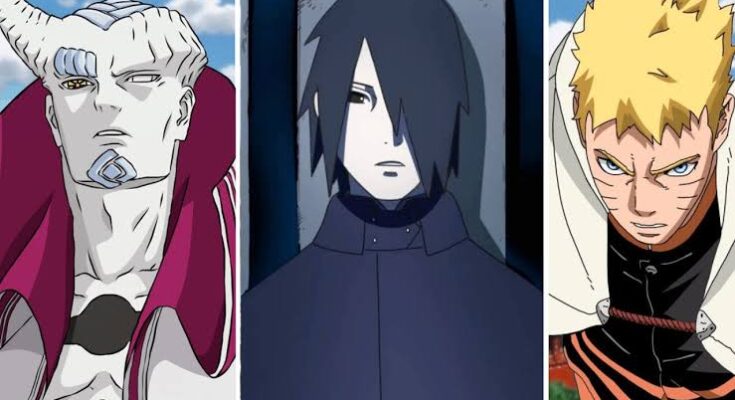 The latest arc in Boruto: Naruto Next Generations is Isshiki Otsutsuki’s sudden invasion in the Hidden Leaf Village. The anime has had some seriously intense episodes after mainly dishing out filler episodes since 2017. Isshiki’s invasion began with Amado and Kashin Koji carrying out their secret plan against Jigen, but it ended up being much worse. Naruto, as well as the other Hidden Leaf Shinobi were preparing to fight Jigen and the Kara members, but the last episode showed that they have a new enemy in the horizon; and that too, an Otsutsuki.

In the last episode, we saw Kashin Koji successfully fight Jigen, and in the end, got to kill him. But killing him was the biggest mistake, since his body unleashed Isshiki Otsutsuki.

Koji realised immediately that he stood no chance against Isshiki. Firstly, Isshiki was far more powerful to solo against, and secondly, he was on a time limit and was going straight for Kawaki. Isshiki beat Koji in no time, and with his warping ability, invaded the Hidden Leaf Village. He is now on the lookout for Kawaki so that he can use his body’s Karma.

Episode 215 showed Isshiki in the Hidden Leaf, and Shikamaru and the other Jounin are making quick plans for evacuation and a counter strategy. The anime has made the invasion scene more powerful than the manga, and we see Isshiki face off against Rock Lee, Tenten, Choji, and Kiba, but he incapacitated them in no time.

Isshiki only had to use a single attack to down them. However, the reason for his aggression is due to the fact that he will not be able to live long if he can’t implant himself with Kawaki’s karma. Before he could proceed further, Naruto and Sasuke show up, subsequently bringing the invasion to a halt.

What do you think will happen next? Stay tuned for the next episode.