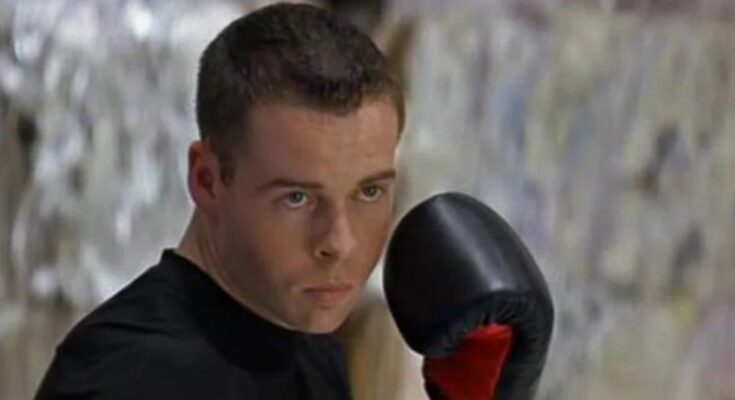 Bradley James Allan, Australian stuntman, stunt coordinator, and actor has died at the age of 48. Allan was a famous member of Hollywood’s stuntwork world, having been a member of Jackie Chan’s stunt team for years; he is also the supervising stunt coordinator and second-unit director on Marvel’s Shang-Chi and the Legend of the Ten Rings, the martial arts action epic hitting theaters in September. Jackie Chan shared the news of Bradley James Allan’s passing on his personal website, stating that “A fourth generation JC Stunt team member, Bradley James Allan, also passed away from illness….”. At the time of writing this, no specifics on that supposed illness have been given.

In the longer segment of his blog post, Jackie Chan eulogizes Allan through an anecdote about their work together on the 1997 film Mr. Nice Guy:

“Many years ago while I was filming ‘Mr. Nice Guy’, he was just a fan and I remember him coming to visit the set. At that time, he was crazy about Chinese Kung Fu and had practiced it for many years. It was because of his amazing skills and talent, he transformed from being a fan to a stuntman, and eventually joined my JC Stunt Team. He even fought with me in ‘Gorgeous’, and I think a lot of people remember this skillful boxer in the movie. He has also contributed to many of my movies… a very well known action choreographer in Hollywood, and also an excellent role-model to many action stars.”

Bradley James Allan’s name is attached to more hit films than can possibly be listed here. Just pulling from some of the biggest hits, Allan’s filmography includes the Rush Hour sequels, Ninja Assassin, Kick-Ass, Avatar, The Kingsman films, Scott Pilgrim vs. the World, Wonder Woman, Solo: A Star Wars Story, and even horror hits like the Sinister and Insidious franchises. His opportunity with Marvel Studios looked like a promising new phase of his career – which has now been cut tragically short.

The unique story of Bradley James Allan’s life and career really comes through in his extensive IMDb bio:

BRAD ALLAN: Born with an inherent fascination of all things Chinese, Brad Allan started studying martial arts, boxing, gymnastics and Chinese circus arts from the age of 10 years. At age 15 years, Brad met two of China’s greatest wushu athletes Liang Chang Xing and Tang Lai Wei of the renowned Beijing Wushu Team (the same team as Jet Li). Under their expert guidance Brad quickly rose to become one of Australia’s top wushu athletes. At the age of 22 years Brad returned to Australia after several years studying language and martial arts in Asia. It was in his home town of Melbourne that he met his mentor and master, Jackie Chan. A chance encounter gave Brad an opportunity to demonstrate his skills to Jackie and his team; a dream come true that would change his life forever. As the first non-Asian member, Brad spent the next 12 years traveling and performing around the world as part of the illustrious JACKIE CHAN STUNT TEAM.

It was during this time and under Jackie’s direct guidance that Brad progressed from stunt performer, to action choreographer, to stunt coordinator and finally action director. Brad Allan traveled one of the more unique paths to Hollywood and brought a unique visual style that combined the best of the east and west. Action transcends language and cultural boundaries; It can excite us, move us and make us laugh. Brad Allan had a global vision for action film making. He worked with an international team of skilled professionals from all over the world united by their passion for action and film making. His goal was to entertain, excite and motivate the human race.