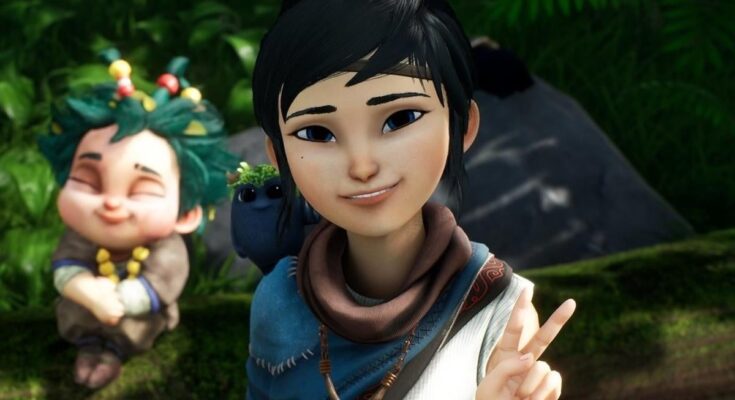 Prior to the game’s launch tomorrow, developer Ember Lab has today revealed that its action-adventure title, Kena: Bridge of Spirits, will indeed contain a photo mode. The feature, which has become an incredibly popular one in many titles over the past few years, will allow players to capture their own favorite in-game moments while also utilizing a number of special options to add a bit more flair to each photograph.

Detailed on the PlayStation Blog, Ember Lab revealed that this photo mode will be featured in Kena: Bridge of Spirits and also talked more about how it will work. Compared to other photo modes, the most unique aspect of the one seen in Bridge of Spirits comes with the addition of a “CHEESE!” button. “Our favorite part is the CHEESE button! Once you’ve set up your photo angle, you’ll have the option to have the characters in the photo say “CHEESE!” and strike a pose,” Ember Lab explained of this feature that will be present in the game’s photo mode options. “Many characters have multiple poses, so don’t miss getting a great variety of fun shots in the same location! It’s also a fun way to get to know the characters better.”

Along with confirming this photo mode today, Ember Lab also revealed that it’s planning to release a physical version of Kena: Bridge of Spirits later this year as well. While this retail edition won’t be coming about until November, it does mean that those who still prefer to buy their games physically will now be able to do so.

As mentioned previously, Kena: Bridge of Spirits is slated to release tomorrow on September 21 and will be coming to PlayStation 5, PlayStation 4, and PC platforms. Be sure to stay tuned to our coverage here on ComicBook.com in the coming days as we’ll be bringing you a review for the game in due time.

Are you planning to pick up Kena: Bridge of Spirits this week? Or are you holding out to see how the game reviews? Let me know either down in the comments or over on Twitter at @MooreMan12.