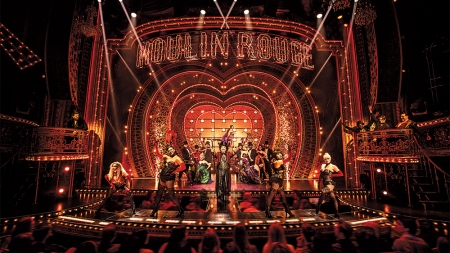 Two years after when Tony awards returned on Sunday night and here it opens the door for many Broadway shows. Tony Awards recently held in honour of 2019-2020 shows and include super winners like Moulin Rouge which took home 10 Tony Awards. Moreover, the winner list also include shows like Jagged Little Pill and Tina- The Tina Turner Musical. All of these shows have tickets available through 2022. Apart from these, other re-openings include award winning shows such as Aladdin, Chicago, Hamilton, The Lion King and Wicked.

Below is where to find tickets of every Broadway show that has recently announced the reopening date.

If you are a fan of Baz Luhrman’s legendary film, then this show is actually you might want to see. The show follows the same 19th Century forbidden love story form 2001 movie. The tickets are available through April 10th 2022 and costs $139. You can buy the ticket form AI Hrischfield theater.

This show will be inspired from the Alanis Morissette’s album of 1995 with same name. You can buy the ticket form Broadhurst Theatre starting from $49. The tickets are currently on the sale through the end of the year.

This musical event will cover Turner’s rise to fame throughout the period of 1980s. Moreover, it will also feature most of her memorable songs. The tickets are currently available through June 2022 and costs $131. You can find them at Lunt-Fontanne Theater.

The show is set in the period of September 11 attacks and tell the true story of 38 planes filled with 7k passenger to land in Canada’s small town. It has till now received seven Tony awards till now including best musical. The tickets are available in Schoenfled Theater and are available on sale through the end of June 2022. The tickets of the show costs $49.

This musical event is based on the real life of Late prince Diana. The ticket will be available before its opening night on December 16 at $49. They are currently on sale through November 22.

Also read: Netflix is Adapting Famous Fantasy Novel “Beasts of Prey” into a Movie! Details Below