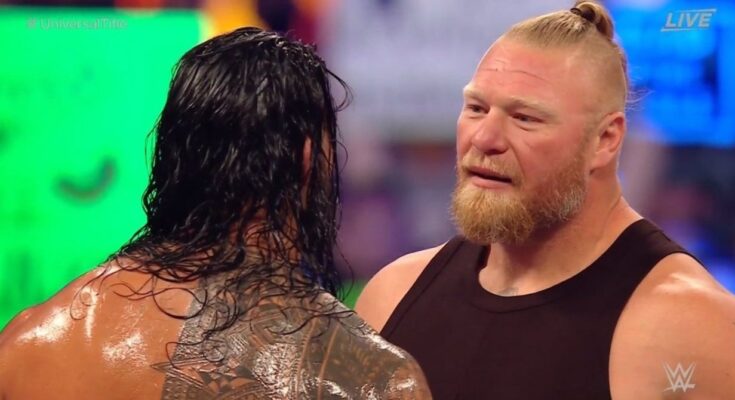 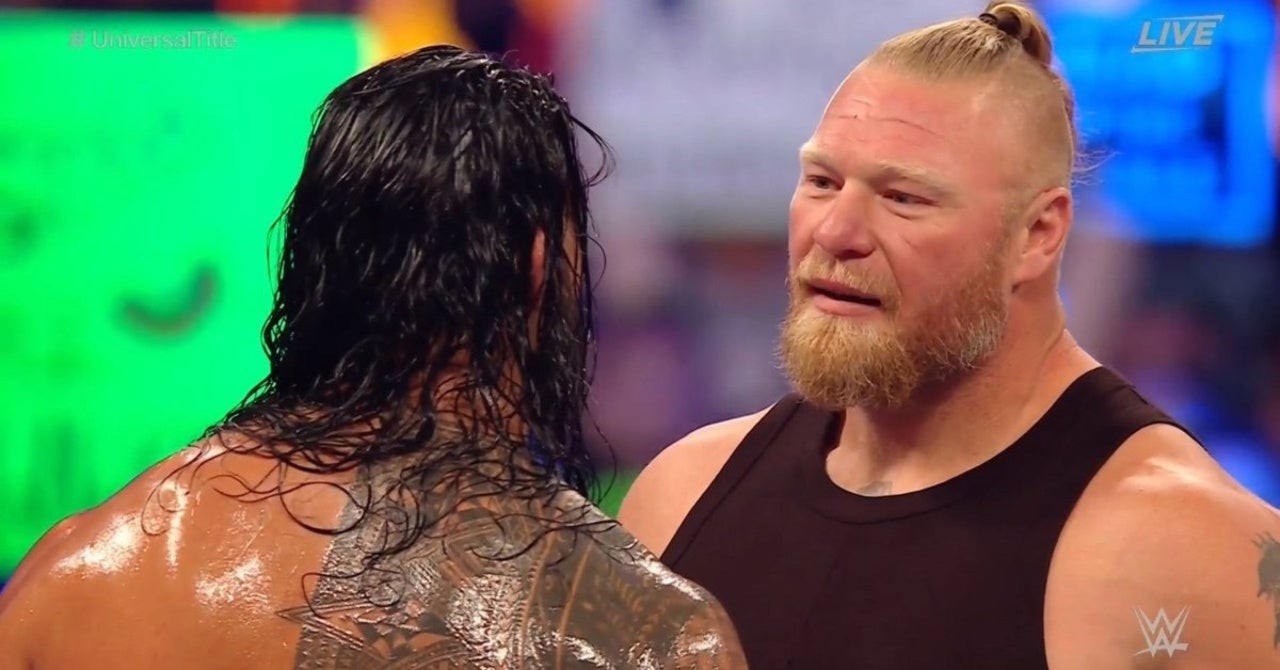 Roman Reigns successfully defeated John Cena in the main event of SummerSlam on Saturday night, but “The Tribal Chief” didn’t have much time to celebrate. Suddenly Brock Lesnar’s music rang throughout Allegiant Stadium and Lesnar arrived, marking his first appearance on WWE television since WrestleMania 36. Lesnar immediately approached Reigns, but the Universal Champion backed off and left with Paul Heyman. Lesnar celebrated with the crowd in the arena as the show went off the air.

Lesnar’s history with Reigns traces back years, as the pair clashed at both WrestleMania 31 and 34. There’s also the matter of which wrestler Paul Heyman will be loyal to, as he works for both men.