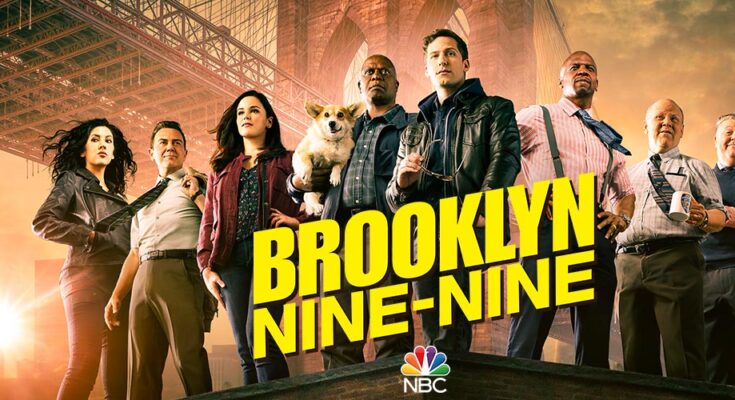 Brooklyn Nine-Nine has its eighth and final season running on NBC. The NBC comedy has all the laughs of cop adventures and now it is time for them to say goodbye to fans. The final chapter has delivered all the laughs for its fans, but now it is time to say goodbye. The series will air a two-part finale next week with episodes 9 and 10 serving as the final two episodes.

The episodes are titled “The Last Day” Part 1 and 2 respectively. The name hints at Jake Peralta’s Last day at the NYPD. The series also aired doubleheader two weeks back with two episodes tilted “Game of Boyles” and “Renewal”

The last season of the series has scored a whopping 100% on the Tomatometer and 8.9/10 on IMDb.

What will happen in the finale?

The indication was given about Jake’s feelings about being a cop in the present times. The fans will say goodbye to their favourite cast Andy Samberg, Stephanie Beatriz, Melissa Fumero, Terry Crews, Joe Lo Truglio, Chelsea Peretti, and Andre Braugher. An hour-long finale will be aired for fans on 16th September. The final season has suggested that Jake may join Rosa Diaz as a private eye.

In episode 6 of the show, it showed Jake arresting and accepting the responsibility for taking in the wrong guy. The arrest was based on a hunch without insufficient evidence. Andy Samberg discussed how the show has tackled serious issues wrapped in the comedy. He further said that it has been challenging and they haven’t been shy to discuss serious issues.

But not to worry! here are some of the moments which you will remember even after the show ends.

Thanks for spending your Thursday night with us, Nine-Niners. See you next week at the same time for more #Brooklyn99! pic.twitter.com/Mv5DDryICc

This is so us!

Only for the finale!