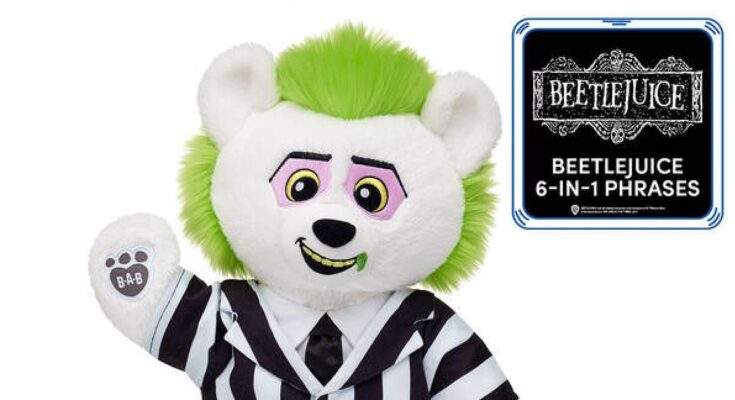 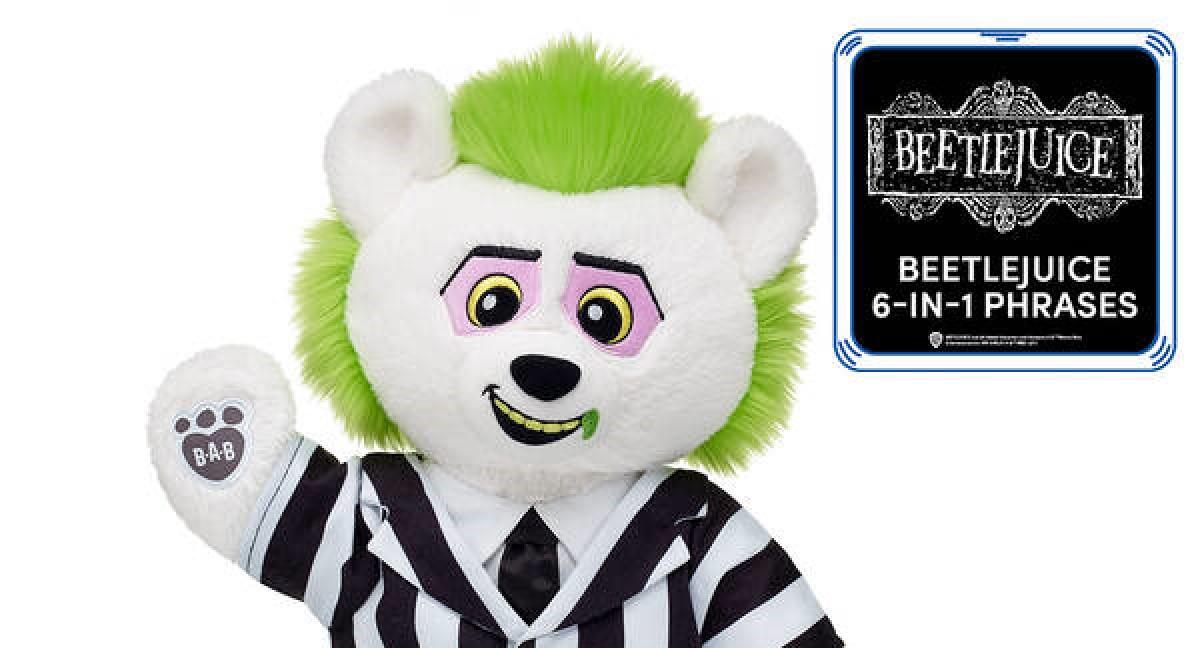 Build-A-Bear Workshop have released a new Beetlejuice-themed bear just in time for Halloween. The plush, which features an image of Michael Keaton’s iconic character on the pad of its right foot, is an online-only exclusive, so if you’re looking to get it in time for spooky season, now is probably the time. Going for just north of $50, the Build-A-Beetlejuice comes pre-loaded with a voice box that repeats six phrases from the 1988 horror comedy from Batman director Tim Burton, which starred Keaton alongside Alec Baldwin, Geena Davis, and Winona Ryder.

The movie has remained a cult classic since its release. There are periodic talks of a sequel, although at this stage it’s hard to imagine that Ryder, Keaton, and Burton could all be enticed at the same time.

Previously, Beetlejuice spawned an animated spinoff and a toy line, setting a precedent for the horror-comedy to be marketed directly to kids. While it features an F-bomb and some imagery that might disturb modern kids, in 1988 it got just a PG rating.

The movie centered on a recently-deceased couple (Baldwin and Davis), who are cursed to haunt the house where they had lived. An eccentric artist (Catherine O’Hara) and her husband (Jeffrey Jones) move in with their daughter (Ryder), prompting the ghost couple to seek out the help of a ghoulish, troublemaking spirit named Beetlejuice (Keaton). It went on to gross almost $85 million against a $15 million budget which, when combined with Burton’s Batman the next year, made him a household name.

This is just the latest in a long line of Build-A-Bear movie and TV tie-ins, although using Beetlejuice, a decades-old movie with nothing new in active development, is unusual. Recently Build-A-Bear announced the return of its limited Lord of the Rings tie-in plushes.

Here’s the official description of the product from the Build-A-Bear website, where you can buy it: