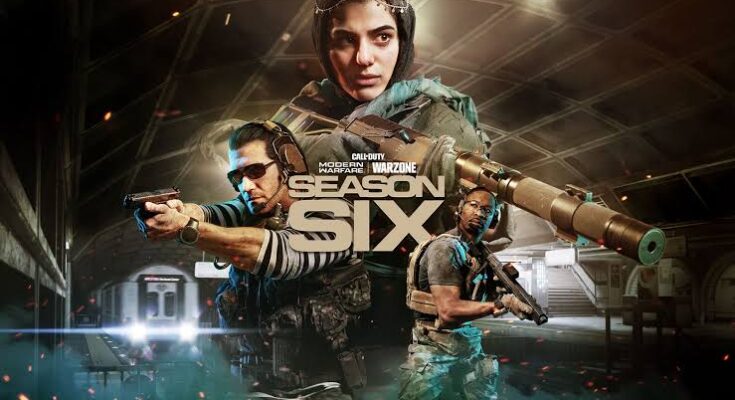 The next season is all set to begin on Thursday, and players can expect major new events

As 2021 nears its end, an exciting period for Call of Duty: Warzone fans begins. Once Call of Duty: Vanguard debuts, a new Pacific-themed map will arrive in Warzone as well. Some of you must be tired of fighting in Verdansk for over a year, so this will help bring back the excitement. Another major detail will be the new anti-cheat system for Warzone. Hackers will finally get their just desserts and the gaming environment will be fair. New weapons will also arrive.

But before all that, the sixth season of Warzone is ready to roll out. Take a peek at the new changes.

Season 5 of Call of Duty: Warzone had very limited maps and the game got criticized by players. But all that’s about to change with season 6. New locations are now added, and previous locations will get some major reworks.

As show in the intro cutscene for season 6, Adler has planted explosives in Verdansk to delay Stitch’s plan. This caused several areas of the map to get destroyed and the Stadium and Downtown have got fissures. This means that the locations are prone to crumble under our feet. New bunkers have appeared in Verdansk as well.

Another interesting addition is the arrival of the classic Gulag. This will help players relive some nostalgic days from when Warzone first landed.

Alex Mason will be the main Operator for Season 6. He will be part of the battle pass and will be there in the storyline as well. Five new weapons will also be available.

Another important announcement is that the clan system is frozen, as it’s being reworked. It’s expected to come back better than before.

Finally, the Haunting of Verdansk Halloween event will return. The event starts on October 19 and the Zombie Royale Playlist is expected to return. A Ghostface operator skin was also discussed.

Also read: Layers of Fear: Bloober Team Teases a New Game of the Franchise in a New Teaser