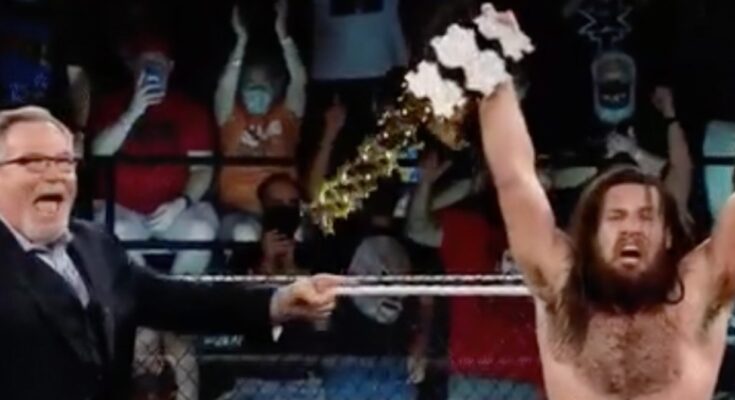 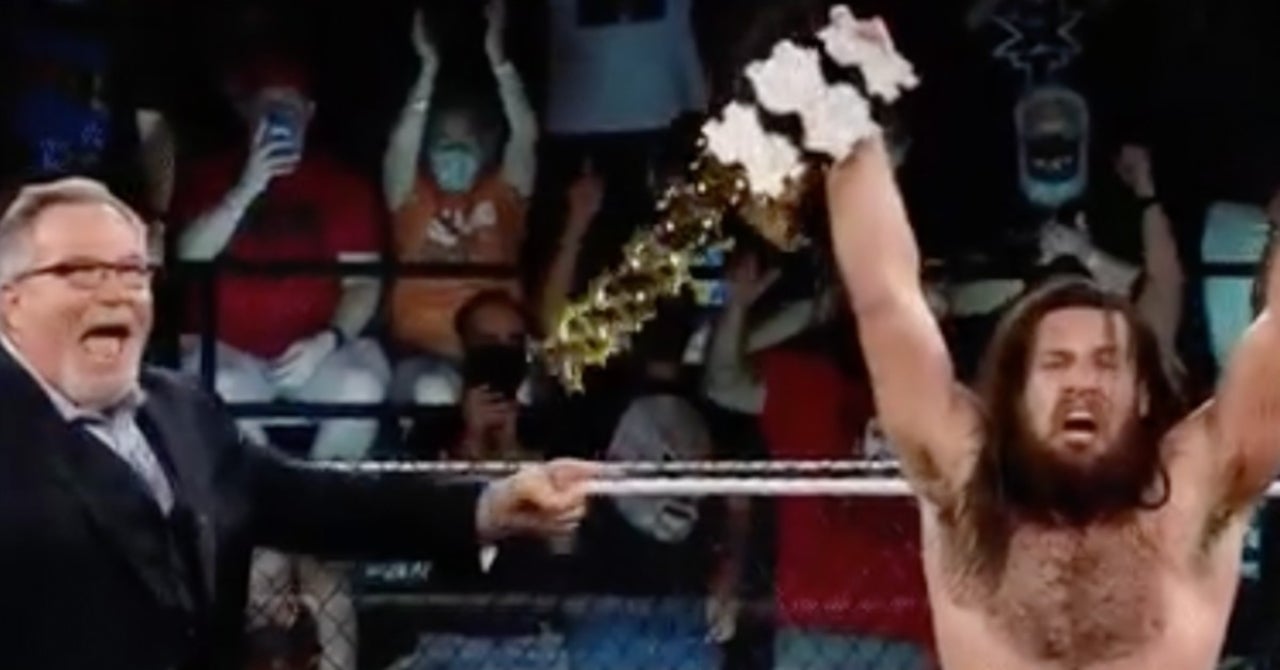 Cameron Grimes won the Million Dollar Championship on Sunday night to open NXT TakeOver 36, defeating LA Knight with an assist from Ted DiBiase. The end of the bout saw Grimes lock in the Million Dollar Dream for an extended period of time, only for Knight to escape and attempt to cheat via using the title belt. His attempt was foiled, and he wound up getting locked in the same submission hold by DiBiase outside the ring. The WWE Hall of Famer then tossed Knight back inside, where he walked right into a Cave In from Grimes.

Over the summer Grimes and DiBiase got into a weekly bout of trying to one-up each other, with “The Million Dollar Man” always coming out on top. But then Knight inserted himself into the equation, believing he was more worthy of inheriting DiBiase’s legacy. Knight and Grimes wound up fighting in a Ladder Match at NXT TakeOver: In Your House for the revived Million Dollar Championship, which Knight won. Grimes tried to take on Knight again, only to lose at The Great American Bash and become Knight’s butler. It wasn’t until DiBiase started supporting Grimes that the North Carolina native started revolting against the champion, leading to tonight’s bout.

AND NEW MILLION DOLLAR CHAMPION! 💵@CGrimesWWE does it at #NXTTakeOver 36! pic.twitter.com/eLYDFDgLmt

In an exclusive interview with ComicBook on Friday, DiBiase revealed a funny story about his history with the iconic championship and how WWE officials thought he stole it back in the mid-90s.

“Way back when (Irwin R. Schyster) and I became tag champions, I sent the (Million Dollar Championship) back to the office with Terry Garvin, who was working for the company at the time. So fast forward, Mike and I won, lost, won and lost (the tag titles) and I leave the company,” DiBiase said. “I get a phone call one day, they said, ‘Ted we need for you to send us the Million Dollar belt. I said ‘The Million Dollar belt is there,’ and I told them the story, ‘Terry Garvin, I had him take it back to the office.’

“Two days go by and I get a personal call from Linda McMahon. She says, ‘Ted, we really need for you to send us the belt.’ I said, ‘Linda, do you really think for all you guys have done for me that I would try to steal the belt? I promise you, it’s there somewhere.’ Couple days go by, they called and said, ‘We found it Ted!’ I said, ‘Great, where was it?’ They said, ‘Well, it was in the safe.’ Why didn’t you look there first?” he says with a chuckle.