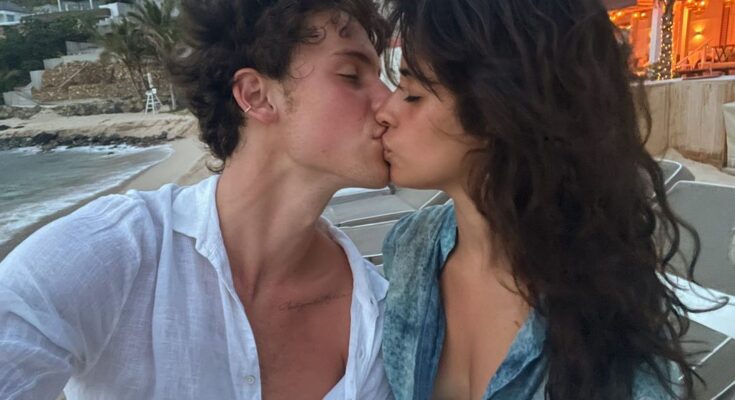 Who says fairy tales are just fictions? Camila and Shawn just proved it wrong. On this Wednesday, September 1, Camila Cabello appeared at the Miami premiere of Cinderella, accompanied by her real life Prince Shawn Mendes.

As Camila Cabello is portraying the character of Cinderella in the film, Mendes expressed his support and love for her by posing with her in the premiere. After he missed the LA premiere Shawn made sure to be with her this time. They both were looking so gorgeous. Cabello was wearing a pretty white crop top combining with the cascading cream tulle skirt from Christian Siriano’s Spring 2021 collection. And Shawn was posing with an open black mesh shirt and baggy white pants. The couple was no less than any Prince and Princess.

In one of her previous interview, the singer and actress talked about how her boyfriend supported her throughout the journey of Cinderella. She was watching the movie for the first time and Shawn was there with her. She said that it’d be weird if Shawn was the prince in the film, “because he is my boyfriend in real life” Camila explained. “He is the best and I think we are really supportive of each other and always want to see each other” she added.

“Shawmila” has been an iconic couple for fans since they are togather. Even recently these two lovebirds celebrated their 2nd anniversary this July. Shawn posted a picture of them sharing kiss and called her “my baby”.

As pretty much we all know the story of Cinderella, but what is new in this movie? Well here Cinderella is not much interested in becoming Princess rather she wants to open her own new dressmaking shop. However our wait will be over on 3rd of this September when Cinderella will release on Amazon Prime.