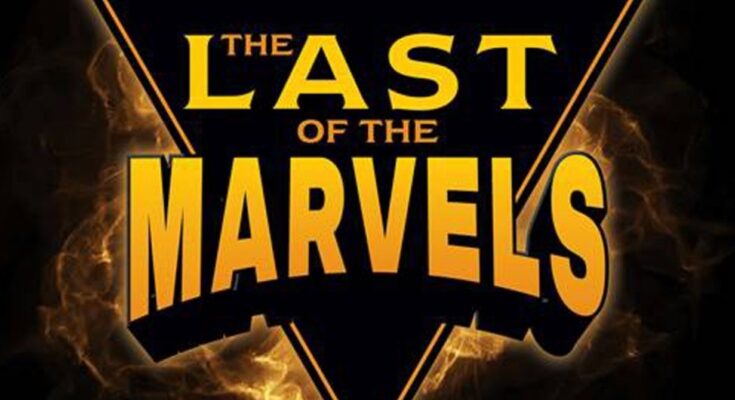 Captain Marvel won’t get a chance to breathe much after taking on Ove and the Enchantress, as Marvel has teased what’s to come in her solo series, and the upcoming arc has a rather grand title. Marvel revealed a teaser for Last of the Marvels, and aside from the logo it features text that reads “An old darkness rises, and with it…the Marvels of the past return.” That could mean several things when it comes to the Captain’s history, as there are several looming figures in the mythos, but today’s Captain Marvel #30 gave us a bit more to chew on.

In the next issue tease at the end of the book, we got a little more in the way of a tease as well as the reveal that artist Sergio Davila will be the artist for the upcoming arc, which starts in Captain Marvel #32.

The text reads “And stay tuned after that for a brand-new arc that will take Carol back to a dark place, one she thought she’d put behind her for good. The incredibly talented artist Sergio Davila joins us for “The Last of the Marvels,”, starting with issue #32 — along with Stormbreaker cover artist Iban Coello!”

So, when you say things like “dark place” and “the Marvels of the past return”, the first thing that comes to mind are characters like Mar-Vell, Yon-Rogg, and Rogue, as all of those characters can either be tied to her history in a significant way. We did previously deal with Rogue earlier in the series, so that might knock that one out of contention.

Something related to the legacy of the Captain Marvel mantle and those who have held it before seems more likely, and if that’s the case you could involve the other people who have held the title. With The Marvels coming, it does seem like a perfect opportunity to bring in Monica Rambeau (who previously held the mantle) and Kamala Khan, who now holds Carol’s old Ms. Marvel mantle.

In the meantime, you can check out Captain Marvel #30, which is written by Kelly Thompson and Jamie McKelvie, drawn by Jacopo Camagni and McKelvie, colored by Espen Grundetjern, and lettered by Clayton Cowles. You can check out the official description below.

“SPECIAL OVERSIZED ISSUE! Carol Danvers thinks she’s seen it all, including a terrifying future that only she can prevent. Convinced that magic is the answer to her problem, she’s about to face a hard truth: No magic in the universe can save her from herself. Captain Marvel holds the lives of billions in her hands — and the decision she makes here will change her forever. Past, present and future are about to collide! Don’t miss the oversized 30th issue of CAPTAIN MARVEL, including a special story written and drawn by Jamie McKelvie, the original designer of the Captain’s now-iconic red, blue and yellow suit!”

What do you think will happen in Last of the Marvels? Let us know in the comments and as always you can talk all things Captain Marvel with me on Twitter @MattAguilarCB!