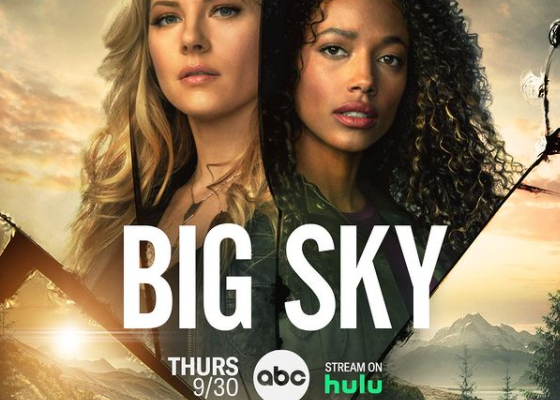 ABC’s popular American crime drama series “Big Sky” is back on board! And yes, this time with a new bloody mystery. ABC dropped the first trailer of the series on September 16. Here is everything that the trailer reveals.

The trailer unveils a new mystery coming our way

ABC released the Big Sky Season 2 trailer earlier yesterday on their official YouTube channel. The trailer gives us a glimpse of some new gruesome mysteries that will unfold in the series. The opening of the promo features a man driving a car on a lone road with some plastic-wrapped bodies in his backseat.

Everything seems to go well until one of the bodies comes alive, causing a horrifying crash. That’s when a new bunch of teens appears on the scene, stealing the cash and drugs from the wrecked car prone to accident. They also seem to have witnessed the accident. Eventually, our protagonists Cassie and Jenny team up once again to decode the new mystery.

But that’s not it! There is much more to unfold, as stated by Cassie in the trailer., “Something bigger is going on here”. Also, we get to see the creepy man who took scarlet from her home to the rendezvous with Ronald. But this time, he brought a dreadful warning with him. He warns Cassie that “they are watching…you, me, everything”.

Another intriguing thing shown at the end of the video is Ronaldo collared in an unknown barn.

We get to see a lot of familiar faces in season 2. It is a known fact that Katheryn Winnick, Kylie Bunbury, and Brian Geraghty will reprise their roles of Jenny Hoyt, Cassie Dewell, and Ronald Pergman, respectively.

Further, Dedee Pfeiffer portraying Denise Brisbane, Anja Savcic, playing Scarlet Leyendecker, will likely reprise their roles in season 2. Sources confirmed that John Carroll Lynch also joins season 2. You all might be surprised, as John Carroll Lynch’s character Rick Legarski died in season 1. However, Ronald revealed at the end of season 1 that Legarski has a twin.

Big Sky season 2 is all set to release on Thursday, September 30 on ABC