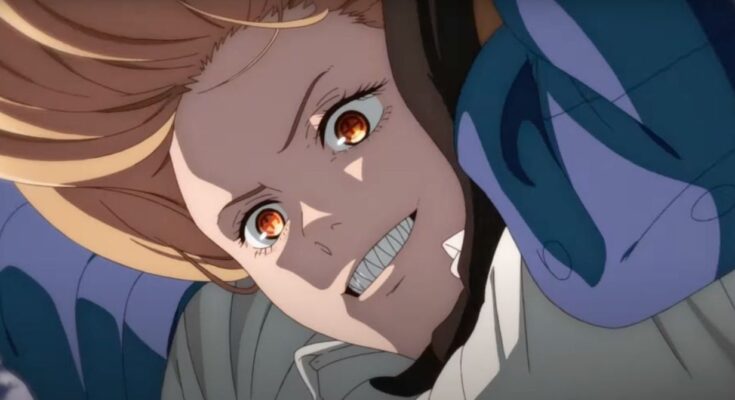 Chainsaw Man has confirmed the first staff additions to the anime with the debut of its very first trailer! Tatsuki Fujimoto’s original manga series brought its run in Shueisha’s Weekly Shonen Jump magazine last year, and it was an exciting prospect for many as not only was it announced that Fujimoto would be continuing the manga series with a second part but that it was also going to be debuting its very first anime adaptation. Outside of being produced by Studio MAPPA, details for the adaptation had been scarce until just recently.

As a celebration of the studio’s tenth anniversary, Studio MAPPA held a special event where they talked about some of their upcoming projects. This was headlined by the very first trailer for the new Chainsaw Man anime, and not only did we get to see our first look at what this new anime will offer but MAPPA also used the trailer to confirm the main staff for the series that includes some major anime veterans and legends.

Directing Chainsaw Man for Studio MAPPA is Ryu Nakamura (Black Clover, Jujutsu Kaisen Episode Director), while Hiroshi Seko (Attack on Titan’s final season) will be writing the scripts for the series. Kazutaka Sugiyama (Mushoku Tensei: Jobless Reincarnation) will be designing the characters and Kiyotaka Oshiyama (Devilman Crybaby) will be designing the devils themselves. Action direction will be overseen by Black Clover director Tatsuya Yoshihara, art direction will be handled by Vinland Saga‘s Yusuke Takeda, and Makoto Nakazono (Little Witch Academia) is serving as chief technical director.

Rounding out these staff additions will be kensuke ushio (Devilman Crybaby, A Silent Voice), who will be composing the music. There are still many details left to be confirmed for the upcoming Chainsaw Man anime such as the voice cast or release date or window information. It could be a while before we actually get to see what the full anime will look like, so there’s plenty of time for more of these production details to be revealed by MAPPA in the future.

The first trailer for Chainsaw Man has already been a huge hit, and will likely be just as huge of a hit when it finally debuts. But what did you think of Chainsaw Man’s first trailer? How do you feel about the staff bringing it to life so far? Let us know your thoughts in the comments! You can even reach out to me directly about all things animated and other cool stuff @Valdezology on Twitter!