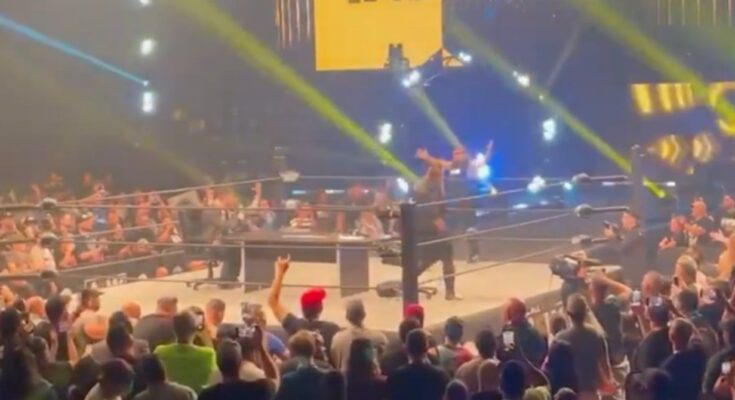 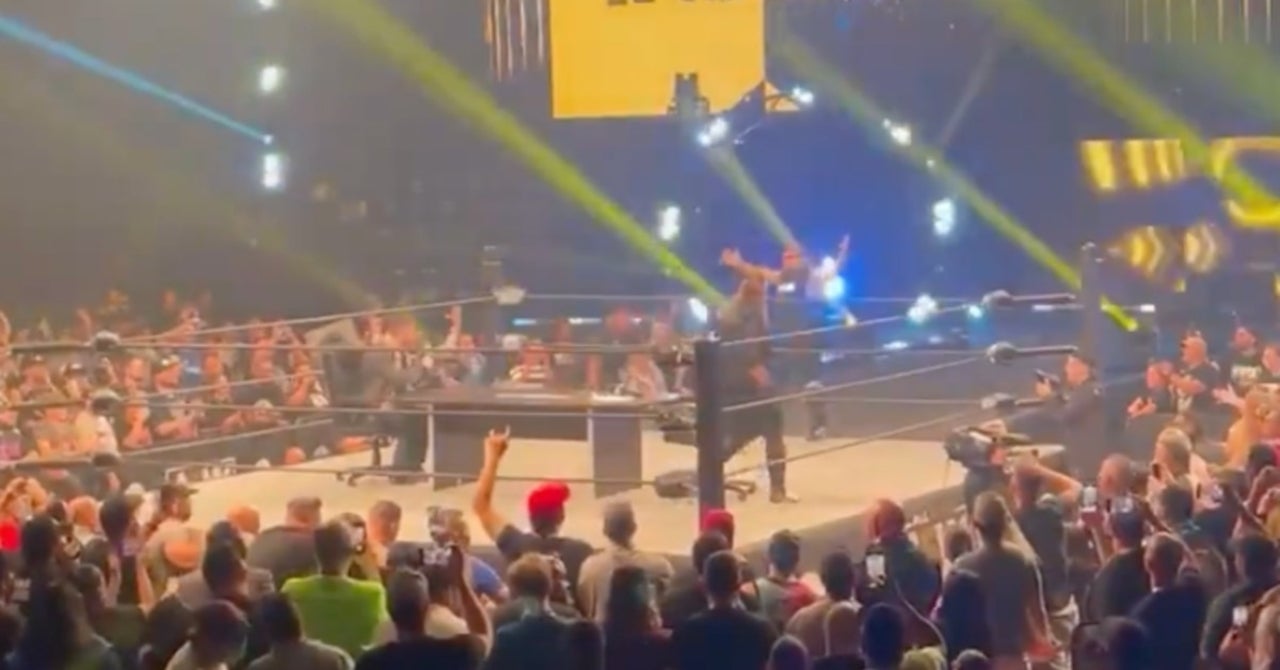 AEW Dynamite‘s return to road proved to be eventful on Wednesday night. After the show dealt with a power outage in the opening bout between Cody Rhodes & QT Marshall (later revealed to be WWE’s Aleister Black, now Malakai Black) Chris Jericho and MJF had their face-to-face briefly interrupted when a fan tried to enter the ring.

The camera cut away before the fan could be seen, but videos taken from the crowd showed the man was stopped by security on the entrance ramp. Jericho and Friedman continued their segment, with Jericho joking he should have let the fan beat him up first.

Well, it seems as when “Judas” was playing a fan tried to jump the ring. Wild. #AEWDynamite @FightfulMMA @Fightful pic.twitter.com/SX4iLcitnh

The segment confirmed Jericho would have to endure “The Labors of Jericho” in order to get another one-on-one match with MJF. “Le Champion” will have to win four consecutive matches, each of which with stipulations set by Friedman.

The stipulations – or Labors of Jericho – are laid out from @The_MJF to @IAmJericho. And MJF is ALSO laid out by a #JudasEffect!

During an interview with ComicBook back in April, Jericho talked about MJF’s future as a pillar of AEW’s future. The pair have been working together (first as tag partners, now as rivals) for roughly nine months.

“Obviously, we have a real diamond here in MJF,” Jericho said. “But as good as he is, he doesn’t have that worldwide experience, which you need to have in some ways. At least when I was coming through the system, you needed to have that international flavor, not just for wrestling style, but like I said, life lessons. And it really matures you to be on the other side of the world by yourself. Things will never be that way for Max because he’s such a big star in the States. If he goes to Japan, it’ll probably just be for a show or two. I don’t really see him entering the Championship Carnival, or the G1 Tournament. But if he did, that probably would be really good for him.

“But times have changed and traveling the world isn’t really like it was when I was starting out,” he added. “When I was 25. I really was headlining arenas in Japan and Mexico and Germany. So by the time I got to WCW, even though I wasn’t getting the big push, so to speak, I still knew how to get over. Same thing when I first came to WWE. So Max will never have those experiences, and he probably doesn’t need them because the business has changed. But there is a lot to be said about having that worldwide experience for all the reasons that I just said, but I don’t know if that’s ever really going to happen anymore.”

A fan just tried to attack Chris Jericho and MJF.
“I welcome any other one of you fat white trash hicks to jump in the ring too, so I can beat your ass!” pic.twitter.com/ogOqExVhpo