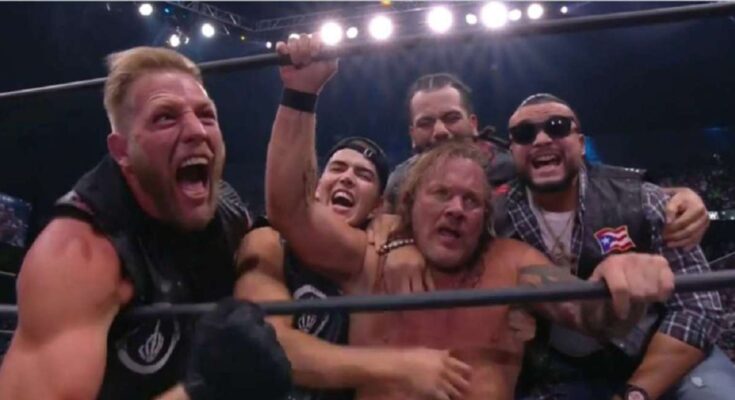 Though matches like the Lucha Brothers defeating the Young Bucks and Jon Moxley getting an insane beatdown from the surprise debut of Minoru Suzuki, no match had more on the line than Chris Jericho’s match against his rival MJF, as the former had his future career on the line. Luckily for Jericho, he was able to tap MJF out with an amazing match that saw each of the wrestlers giving their all in one of the biggest matches of the night.

MJF isn’t just a perfect opponent for Chris Jericho, he is also a perfect opponent for the fans, as the antagonistic brawler is never afraid to dish it out to the audiences of All Elite Wrestling, instigating them even when he is walking toward the ring. With the AEW never afraid to have their professional wrestlers interact with the crowds, MJF definitely takes things to an entirely new level.

During the fight between Jericho and his braggadocious opponent, Chris wasn’t afraid to bring in some outside of the ring assistance, hitting MJF with whatever he could find. With the previous matches of Jericho being dubbed the “Trials of Jericho,” some of the fights that came before this one will be legendary in the universe of AEW, including when Nick Gage had used a pizza cutter on Chris’ forehead during their bloody brawl.

With MJF delivering a massive blow, Jericho was able to place his foot on the ropes, leaving many fans, and announcers, almost believing that Chris’ final match would be lost on a technicality. Luckily, Jericho turned the tables and will wrestle for another day.

What did you think of this legendary match between Jericho and MJF? Feel free to let us know in the comments or hit me up directly on Twitter @EVComedy to talk all things comics, anime, and the world of professional wrestling.