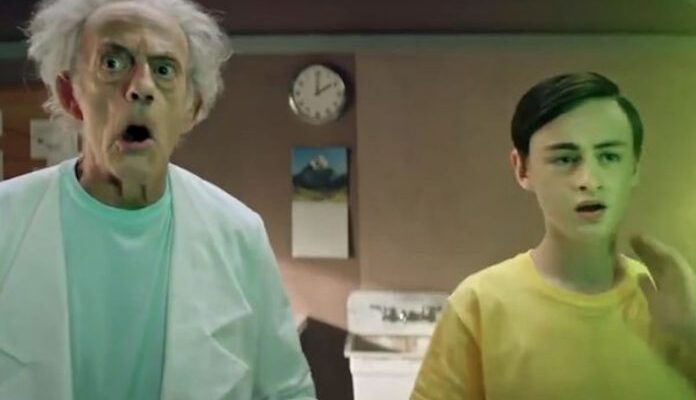 The 14 sec of trailer starts with Rick and Morty entering normal world. They stepped into the real world through portal after a adventure. Fans of Rick and Morty can understand that the room in the trailer was a perfect portrayal of Rick’s Scientific Lab. The characters signature dialogues (we are home and Jeez )itself gives the feel of the real show.

This trailer came while the fans waited for Season 5 episodes. On September 5, episodes 9 and 10 of Season 5 released. And the trailer released a two days before the finale episodes.

2013 Harmon and Justin Roiland created this series and telecast through Adult Swim. First they got the idea of for creating the character Rick from the real animated adventures of Doc and Mharti. It is one of the popular show among the kids and adults with total five season until now. The Roiland gave the voices for the lead characters. Harmon and Spencer Grammar along with other voice actors dubbed the rest of the characters.

The original animated series of Rick and Morty is about a Sociopath scientist who goes on Sci- fic adventure with his grandchildren. The life of Rick was confined within his personal garage and hazardous equipment. He takes his grandchildren to different world without their parents knowledge. Even though he is Father-in-law of Morty’s father, he always disinterested in Rick’s behaviour.

One interesting fact about this Live action is in 2018 Christopher Lloyd said the he watched few episodes of Rock and Morty, it was fun filled and mentioned he wish appear as star guest. Now in 2021 here he is, in the role of Rick Sanchez.