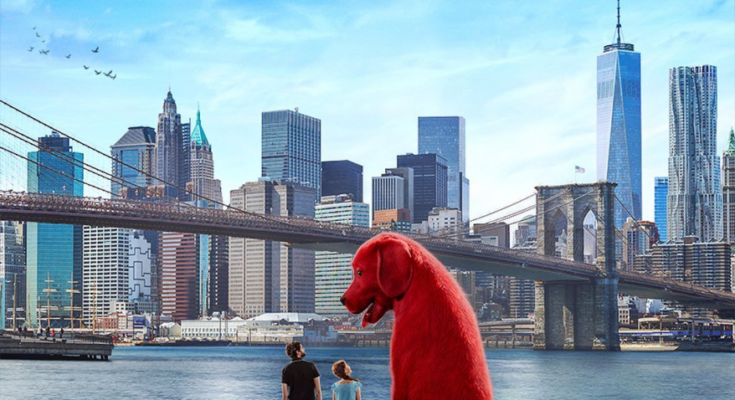 Clifford is on its way!

Give way! “Clifford The Big Red Dog” is coming to your nearest cinema hall on 10th of November.

The children’s film was earlier set to release on 17th of September but was delayed for Covid 19 as kids were not being able to get vaccinated. But now finally “Clifford The Big Red Dog” is going to release on November 10.

The story of the movie is adapted from Norman Bridwell’ famous children’s book series about a big 25 foot tall dog named Clifford.

It follows a middle school girl Emily Elizabeth, who is given a little red puppy by a magical animal rescuer. But soon the puppy turns into a huge 10 foot tall dog overnight. While Emily’s mom is away from home she and her uncle Casey takes an adventure out, of which the audience will be a part too.

In the film “Clifford The Big Red Dog” Darby Camp will portray the role of Emily Elizabeth while Jack Whitehall will play the uncle. Sienna Guillory and John Cleese as the mom and the animal rescuer.

Walt Becker, the director of the film is also known for his films like Van Wilder”, “Wild Hogs” and “Old Dogs”. Brian Oliver is the executive producer. Bradley J. Fischer, Valerii An, Brian Bell, Caitlin Friedman, Deborah Forte and Lisa Crnic will be also producing along with him.

“Clifford The Big Red Dog” will be released in theatre as well as on Paramount plus at the same day. It gives the audience options to watch the movie in theatre or safely at their home.

Earlier this week, Bob Bakish said in a virtual conference that it’s actually a very good strategy for kid’ and family films. Especially in this pandemic situation it gives consumers optionality to view the product where they feel the most comfortable. They even did a bunch of research which resulted positive.