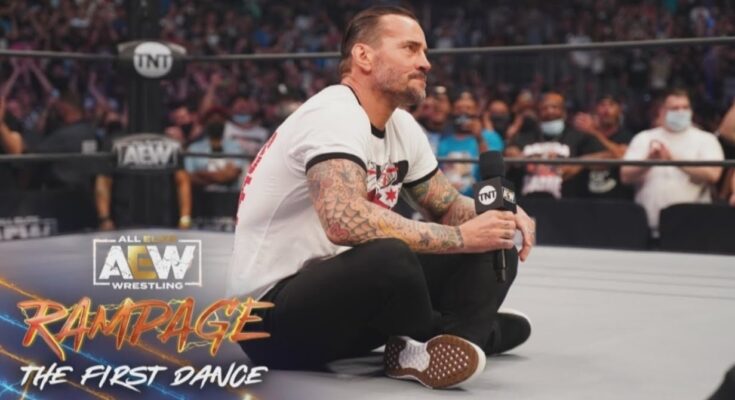 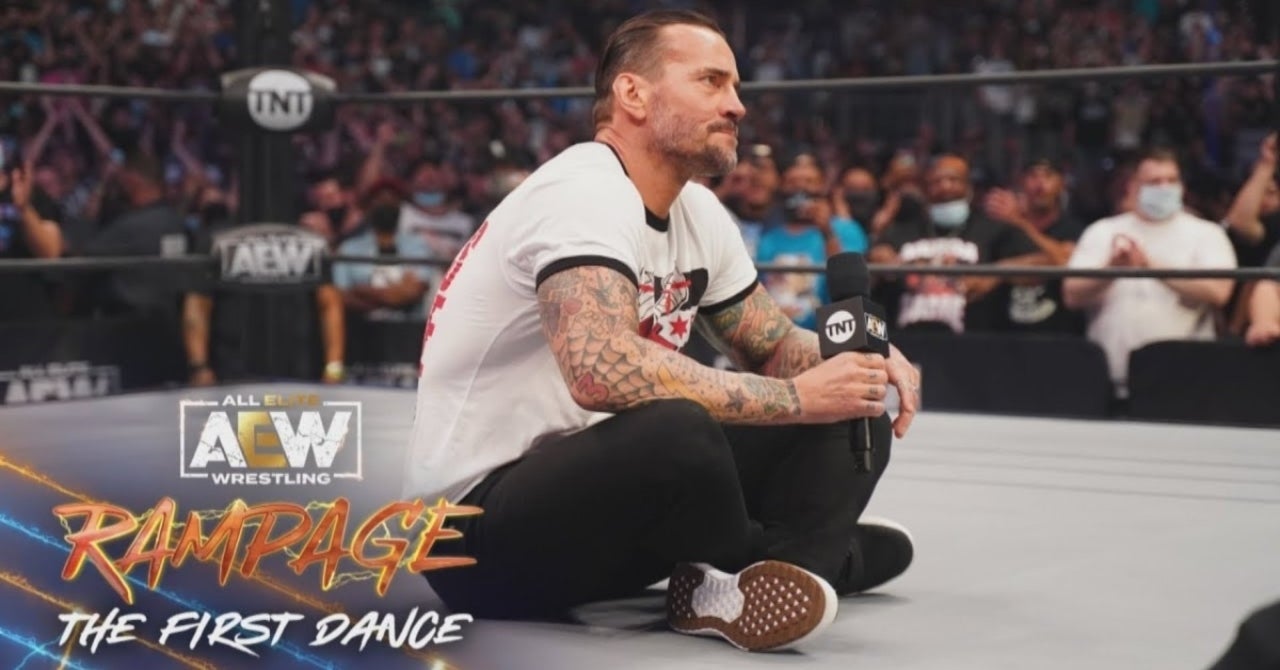 CM Punk and Tony Khan took part in a media conference call following this week’s AEW Rampage. After making his arrival in All Elite Wrestling earlier in the night to a thunderous ovation from the Chicago fans at the United Center, Punk shed some light on what convinced him to finally make the jump back into pro wrestling following his 2014 departure from WWE.

“I’ll go ahead and spoil that, I’ve been talking to Tony for probably a year and a half. Some girls are easier to get into bed, I am not. I need to be wined and dined. And that’s not, ‘oh I need more money and less dates.’ It was literally just talking to Tony, getting to know him. The more people that he employed that I knew, I’d ask questions, they’d tell me things. I’ve been in the game for a few minutes, so I’ve (promoters before). I’ve seen, I think I’ve tracked it since the downfall of ECW, every six months to a year somebody pops up (saying), ‘I have money, we’re going to have TV, we’re going to use all the ECW guys.’ This is not a slight on Tony at all, it’s more of a slight on me being a paranoid, neurotic, anxiety-ridden, very careful person.

“And I wasn’t in a hurry. The pandemic kind of helped me out. I knew I couldn’t debut if there was no people in the building. I always say timing is everything, and there were a lot of happy accidents along the way that made this possible,” he added.

He was then asked what made now the right time to make a comeback — “Timing is everything, it felt right. When I left Ring of Honor, I did not want to go but I felt I couldn’t stay. You can’t really explain that to people, it’s just something you live through. When I was sick, tired and hurt and I realized these people (WWE) wouldn’t care if I died today, there’d be another show tomorrow. And I knew I had to remove myself from the situation. I didn’t know how long it was going to take for me to heal, and then this came along. Credit to everybody involved in AEW, it reminded me of places where I used to work that I love, where it was more about the spirit of the thing. Instead of feeling like a house, it felt like a home.”

He was later asked to elaborate on those aforementioned “happy accidents” — “When I say happy accidents, I mean nothing was forced. It was just very relaxed, I don’t even want to call it a negotiation.”