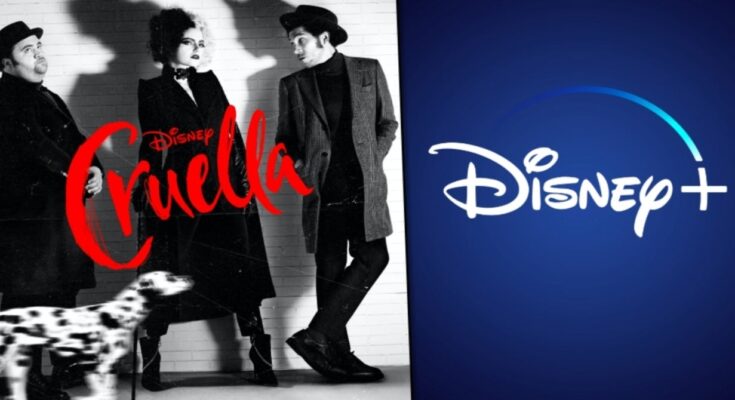 Disney+ confirms the date Cruella is streaming free for all subscribers with a new spot featuring the arrival of Emma Stone’s “Queen of Mean.” The live-action 101 Dalmatians prequel-slash-reboot, about the rebellious early days of the fashionista Cruella de Vil, was released simultaneously in theaters and on Disney+ Premier Access over Memorial Day weekend at the price of $30 for at-home audiences. Disney confirmed Monday it adds Cruella to the Disney+ library at no additional cost for subscribers on Friday, August 27, revealing a new poster and spot teasing the free streaming release.

“We are very pleased with Cruella’s box office success, in conjunction with its strong Disney+ Premier Access performance to date,” a Disney spokesperson said in a statement after Cruella opened to a four-day, $26.5 million opening weekend at the box office. “The film has been incredibly well received by audiences around the world, with a 97% Audience Score on Rotten Tomatoes in addition to A’s in every demographic from CinemaScore on opening weekend, ranking it among the most popular of our live-action reimaginings. We look forward to a long run as audiences continue to enjoy this fantastic film.”

In August, Stone’s representatives confirmed the star closed a deal to return for a Cruella 2. The sequel comes after the Craig Gillespie-directed origin story grossed $226 million worldwide, making it the seventh highest-grossing film globally as the exhibition industry continues to navigate COVID-19.

Disney’s CRUELLA follows the early days of one of cinema’s most notorious – and notoriously fashionable – villains. During the 1970s London punk rock revolution, a young grifter (Emma Stone), transforms herself into the raucous, revenge-bent Cruella de Vil.