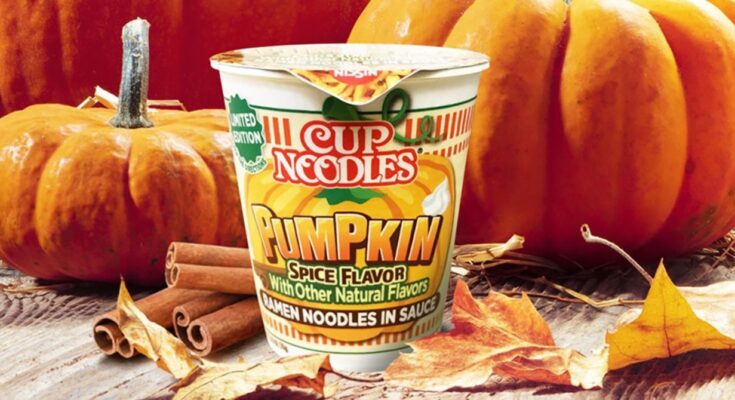 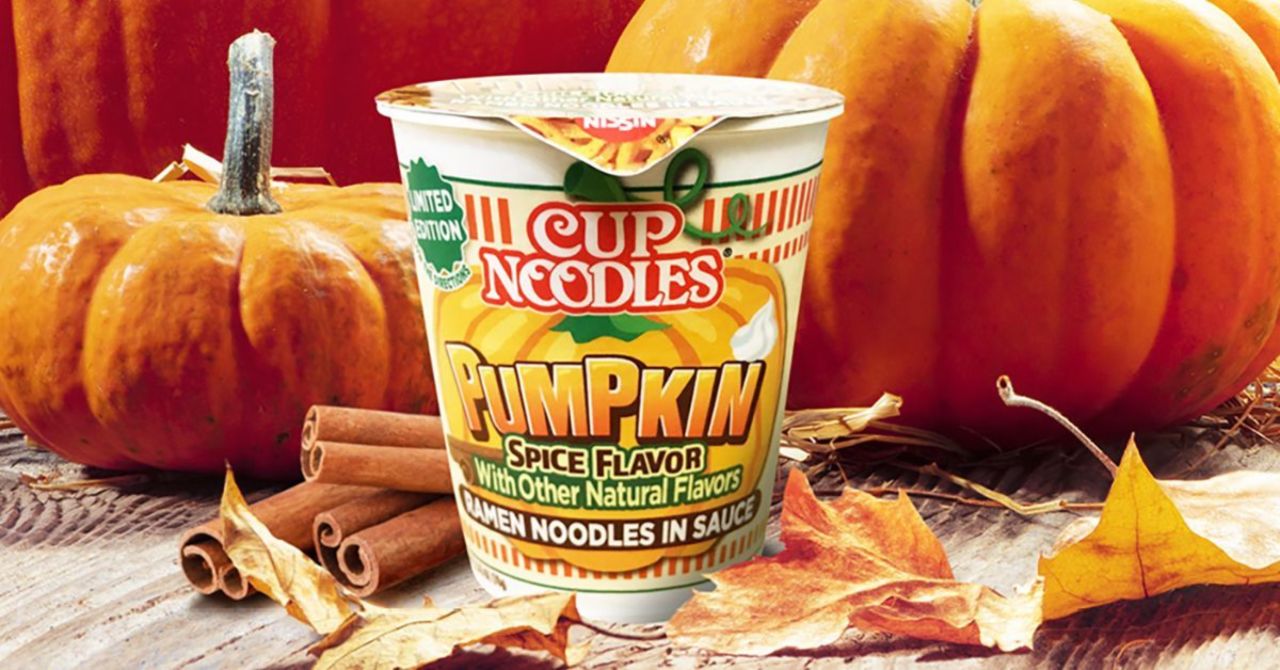 It’s August and that means pumpkin spice season is upon us. While we are still waiting for Starbucks to bring back its Pumpkin Spice Latte for the year — that traditionally doesn’t happen until the end of the month — other food favorites are getting in on the flavor fun and this year Nissin Foods is taking a less traditional route with the launch of Cup Noodles Pumpkin Spice. Yes, you’ve read that right. Pumpkin spice ramen is coming.

On Wednesday, Nissin Foods, the inventor of Cup Noodles, announced their new, limited-edition Cup Noodles Pumpkin Spice flavor. The new flavor will be a Walmart exclusive when it hits store shelves in late October and according to Nissin, while much has been made about pumpkin spice overload, it’s still extremely popular, particularly with Gen Z, and their research indicates that more than 50 percent of Gen Zers are “obsessed with all things pumpkin spice”.

“After 50 years of noodle innovation, what better time to release our most unexpected flavor to date with pumpkin spice, and trust me it really is that good,” Jaclyn Park, Vice President, Marketing, Nissin Foods, USA. “Product innovation is at the core of the Cup Noodles brand and we are excited to launch our first-ever limited-edition flavor that is sure to cause a stir. You just have to try it!”

What sets Cup Noodles Pumpkin Spice apart from original Cup Noodles is that it is saucy, not soup-based. According to Nissin, it’s made with a special pumpkin seasoning that’s the perfect blend of sweet, savory, and spiced. All that’s needed to prepare them is a splash of water and four minutes in the microwave, though Nissin does suggest that for the full pumpkin spice experience, top it with some whipped cream.

While this is a first for Cup Noodles, this isn’t the first time we’ve seen a pumpkin spice noodle offering. Last year, Kraft released Pumpkin Spice Mac & Cheese as a special, limited-edition run. That interesting launch came after Kraft launched the offering in Canada and decided to “bring it to the U.S. for Americans to try.” No word yet on if that will happen again this year as well.

Nissin Cup Noodles Pumpkin Spice is expected to hit store shelves in late October. The limited-edition flavor will be a Walmart exclusive.

Will you be checking out Nissin Cup Noodles Pumpkin Spice? What is your favorite pumpkin spice food item? Let us know your thoughts in the comments.