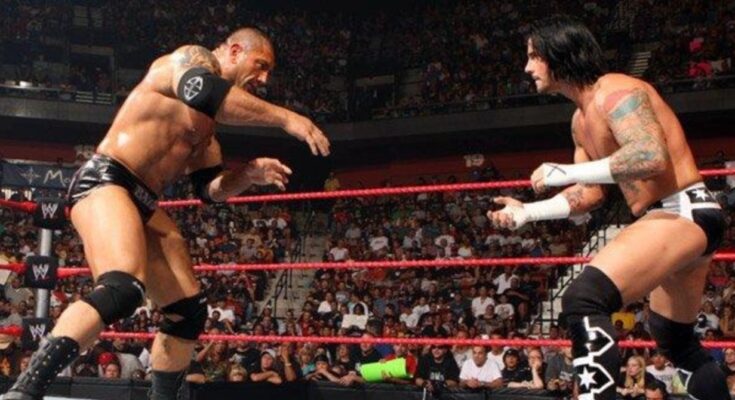 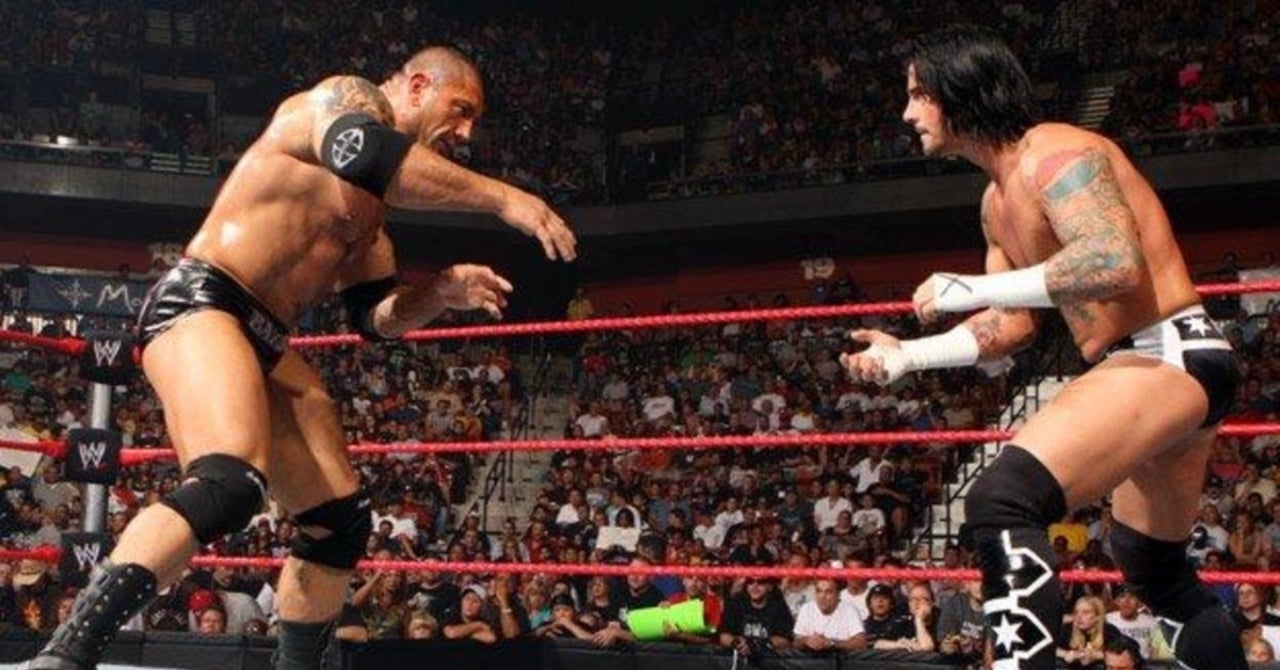 During a recent interview with Kristian Harloff, CM Punk openly admitted that he has been trying to take his acting career in the same direction as fellow former WWE star Dave Bautista. Punk’s previous roles have included Girl on the Third Floor, Rabid and Jakob’s Wife and he’s set to appear on the ongoing Heels series as journeyman wrestler Ricky Rabies next week. Punk told Harloff, “I just want to follow in his footsteps. I watch guys, friends of mine, Dave Bautista, do these huge blockbuster roles but also do roles that are challenging to him because he wants to grow and be a better actor.”

Bautista saw the comments and praised Punk for his acting ability, writing, “I already knew this. And the talent is obvious. He’s going to be bigger in films than he was in wrestling. Save this tweet.” Punk wrote back with, “I saved this tweet. Thanks Big Dave let’s gooooooooo!!!!!”

Even though Punk claims his full focus in on his acting, he’s heavily rumored to be appearing on AEW Rampage this coming Friday at the United Center in Chicago. Late last year he hold Renee Paquette why that company interest him more than going back to WWE.

“I think the landscape currently is much different than when I left,” Punk said while on Oral Sessions.”You can play the game where you’re like, ‘Oh, AEW was an option, would you have gone right after you left WWE?’ If you are going to play that game, there is no way they (WWE) would have handled it the way they handled it with suspending me for two months and nobody contacting me and the next thing I know, I got my release papers on my wedding day. That wouldn’t have happened if there was an AEW. Because then they probably would have approached me and been like, ‘Hey, your suspension is up. Ready to come back to work? Let’s work this out.’ Or handle it like any other sports organization would have handled [a] star pitcher f—ing going home. They’re not just going to let him leave the team, go to a rival organization.”

“What would it take? Oh gosh. Without wanting to insult anybody on either side of the fence, any WWE talent or AEW talent, it would take, above all, an interesting scenario,” he said. “A story that would be fun to tell and also just the stupidest amount of money. But, they can save themselves a lot of money if they present a fun storyline. Now, what that is, I don’t know. I’m a pretty picky guy, especially at this point. I think there are more interesting people on the AEW side of things for me to wrestle and that’s because I’ve never wrestled them before. Young Bucks, Kenny Omega.”