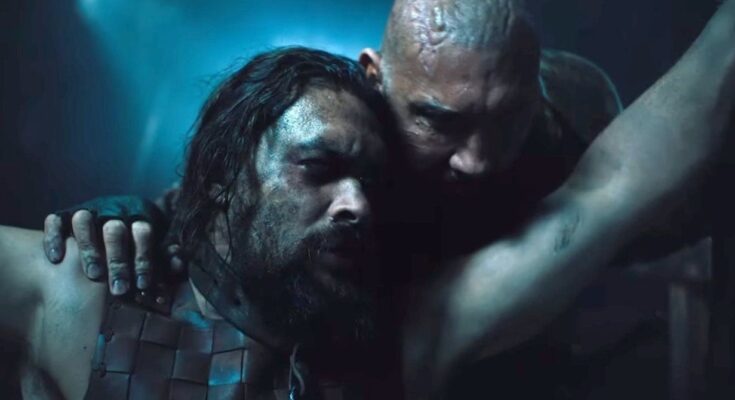 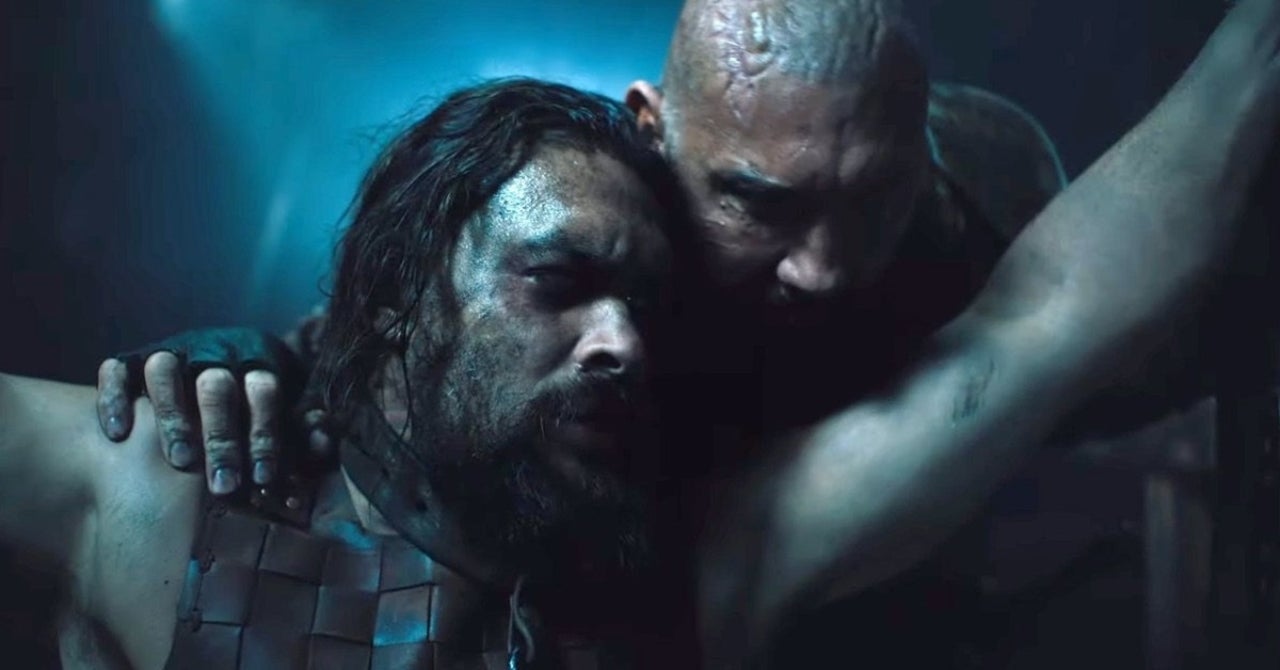 Dave Bautista is the wrestler-turned-actor best known for playing Drax in the Marvel Cinematic Universe who was also in Blade Runner 2049 and will soon be seen in Dune. The actor has been very vocal online about what types of projects he is and isn’t interested in. He recently told one fan on Twitter that he has no interest in starring in a movie with Dwayne Johnson and John Cena, but he would love to be involved in a Star Trek project. While Johnson and Cena may not be on his radar, there is one actor Bautista would like to work with again and that’s Jason Momoa. Both men will be appearing in Dune and Bautista has appeared on Momoa’s Apple TV+ series, See, so it’s clear they enjoy working together.

“Just going to throw this out into the atmosphere and see what happens. Here we go… Me and Momoa in a Lethal Weapon-type buddy cop movie directed by David Leitch. Ok! There it is. Now we wait,” Bautista wrote. Leitch, of course, is best known for helming Atomic Blonde, Deadpool 2, and Fast & Furious Presents: Hobbs & Shaw. You can check out Bautista’s post below:

Just going to throw this out into the atmosphere and see what happens. Here we go… Me and Momoa in a Lethal Weapon type buddy cop movie directed by David Leitch. Ok! There it is. Now we wait.😬

Bautista has also made headlines lately for admitting he’s in a “weird place” with playing Drax in the MCU. Now that he’s 52-years-old, he feels he’s past the point of wanting to play a character with his shirt off all of the time. During another recent interview, Bautista shared that the role of Drax changed his life, but admitted he thinks Marvel “dropped the ball” on Drax’s story.

“That role changed the trajectory of my life,” Bautista told Collider. “It’s always going to be special to me. Now that I’m four films in… I really wished they would have invested more in Drax, personally. Because I think Drax has more of a story to tell. I think Drax has a really interesting backstory which they dropped the ball on. That’s no dig on Marvel. They had their slate, I know what they’re focused on, that’s what they have slated out. But man, I think they really missed the ball on Drax. He has such a great backstory. Selfishly, as a performer, that would have given me the opportunity to show different sides of Drax, emotionally. And physically as well. Because, if you notice, Drax, although he looks like a badass, you look at him and he looks terrifying, but Drax gets his ass kicked more than any other Marvel character…The whole ‘Destroyer’ thing they just threw that out the window…people just fell so in love with the comedic side of Drax they tapped into that, then they tapped into it more, then they really dug a hole into it. But we missed a huge boat on that character and I don’t think it’ll ever come back around. But I’m really just looking forward to finishing out this whole journey.”

The actor also claimed he was never asked to voice Drax in the new animated series, Marvel’s What If…?. After his claim made headlines, executive producer Brad Winderbaum told Variety, “I saw that, too … It’s my understanding that everybody was asked in some way, shape or form, either through their agents or directly. I don’t know really what happened behind the scenes there, but certainly, we would have loved for him to be in the show. So there’s probably some miscommunication somewhere.”

Would you like to see a Lethal Weapon-type movie with Bautista and Momoa? Tell us in the comments!