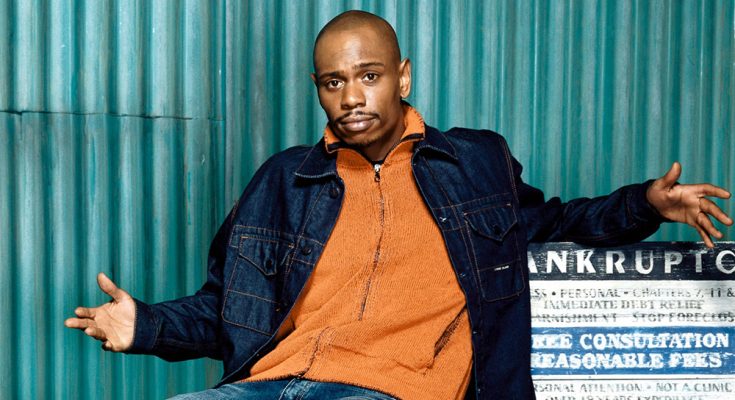 Dave Chappelle is an American famous stand-up comedian. The 48-year-old comedian has appeared in several films that include Robin Hood, The Nutty Professor, Blue Streak, Chiraq, and much more. His recent activity is the announcement of the 6th Netflix special “The Closer”. This comedy event will be Dave’s another Netflix special. However, one sad news for his fans is that Netflix has given strong hints that it would be Dave’s last Netflix cycle.

The streaming platform said that “The Closer” will include work like ‘The Age of Spin,’ ‘Deep in the Heart of Texas,’ ‘Equanimity,’ ‘The Bird Revelation’ and ‘Sticks & Stones.’”

For now, Dave’s career is exactly where he always wanted it to be. He has full control over Netflix– for like when he demand anything, he always gets it. Below is Dave’s last Netflix cycle “The Closer” trailer.

The trailer of “The Closer”

At the beginning of the teaser, Dave starts speaking that comedians always have a responsibility to speak without a break. The trailer also features a reel that includes memories from the previous five specials. In the trailer, Dave also says that nothing can be funnier than a mean thing to say. he then pressurizes that he is not saying it to be mean but because it is funny.

How Dave Chappelle managed the pandemic?

Dave was a lot busy during the whole COVID-19 duration. he first released his social commentary YouTube special “8:46” with Netflix. He also negotiated for his iconic “Chappelle’s Show” and also had a contract dispute with Netflix. He also performed at Tribeca Film Festival this year with mind-blowing new documentary, “Dave Chappelle: This Time This Place.” However, Dave once said that he still wonder to see that streets are full again.

Also read: Daniel Craig and Ruth Negga Coming Together on Broadway for Macbeth