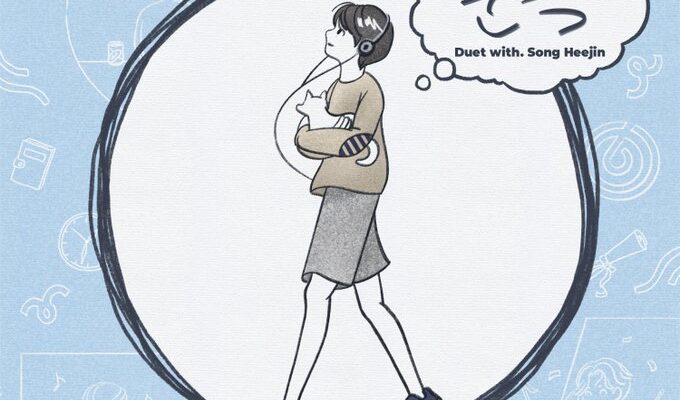 Day6’s fans are in for a treat!

Day6 is another one of the popular South Korean pop bands. Day’6 Dowoon is all ready to make his solo debut single. Dowoon is the next member of the band to release his solo single. Day6’s Twitter account officially announced the singer’s solo single through their official Twitter account. The solo track is titled “Suddenly” featuring Song Heejin. Song Heejin is a Korean singer-songwriter and producer under Solcire music. She was also a former member of the girl group Good Day

The single was announced on September 17th at midnight KST (Korean Standard Time). The teaser photo for the single “Suddenly” duet with Song Heejin, was shared by the singer himself. The art shows an illustration of a boy holding a cat in his arms and listening to music. The single will be released on 27th September at 6 PM at KST. The tweet released by the account states the time and name of the singer’s track.

Who is the singer?

Yoon Do-Woon goes by his stage name of Dowoon is the drummer of the band. The band consists of Jae Park, Wonpil, SungJin, Young K, and Dowoon. As a band, the group was formed in 2015. They released their EP “The Day” which reached Number 2 on Billboard World’s Album Chart a week after its release. Day6 is another Korean pop band that is succeeding overseas with its talents.

Dowoon, who was born in Busan, South Korea, is 26 years old. He is the sub-vocalist and drummer of the band. Dowoon is the second member of the group to have a solo debut single. Day6’s Young Ok also recently made his solo debut with the album “Eternal”.