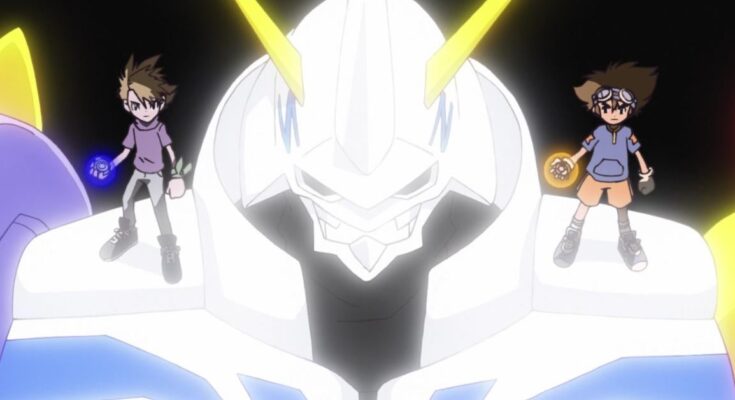 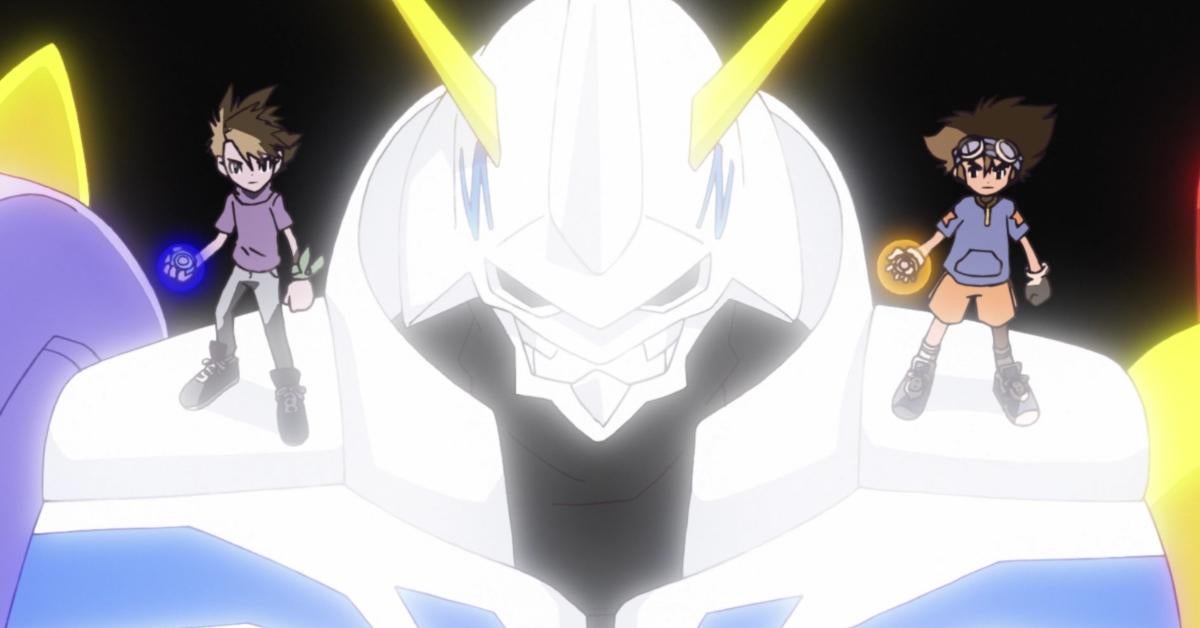 Digimon Adventure’s new reboot series has finally given Omegamon an official evolution sequence with its penultimate episode! The Digimon franchise kicked off a huge reboot of its original Digimon Adventure anime as part of the celebration for the franchise’s 20th Anniversary, and immediately shook things up from what fans had remembered from the first go around. One of the major changes early on was that Omegamon, the Mega level fusion evolution of WarGreymon and MetalGarurumon, first made its debut in the second episode. This shake up continued even further with another appearance several episodes later.

Omegamon (formerly referred to as Omnimon) made its return to the rebooted anime series with the penultimate episode, and as the final battle against Abaddomon reached a new fever pitch, Omegamon channeled the power of all the hopes and dreams from the children in the real world. This new level of power came with a new kind of debut for the fan favorite evolution as it finally received an official evolution sequence in Episode 66 of the series (which had not been shown in the two prior appearances from before). Check it out below as spotted by @officialseraphi on Twitter:

The Digimon Adventure reboot is now gearing up for its series finale, and with it has pitted Tai and the DigiDestined against their strongest threat yet. As the prophecized Great Catastrophe officially kicked off with the previous episode, the DigiDestined now find themselves facing off against the dark final threat, Abaddomon. As this dark new entity begins to absorb the entirety of the real and digital worlds into a blank white void, the children have been struggling to deal any damage to it despite the full use of their Mega Evolutionary powers. But thankfully they got one final burst of hope in the penultimate episode.

As the children in the real world started watching the fight go down, their hopes began to channel the DigiDestined with more power. Redirecting all of this new energy to Tai and Yamato, WarGreymon and MetalGarurumon officially fuse into Omegamon for the third time. It’s a bit different this time around, however, as it’s gotten much stronger thanks to the energy from these hopes and dreams. Now the final battle will truly begin and bring the reboot series to an end as a result.

What do you think of Omegamon’s evolution sequence? What do you think now that Digimon Adventure‘s reboot series will be coming to an end? Let us know all of your thoughts about it in the comments! You can even reach out to me directly about all things animated and other cool stuff @Valdezology on Twitter!