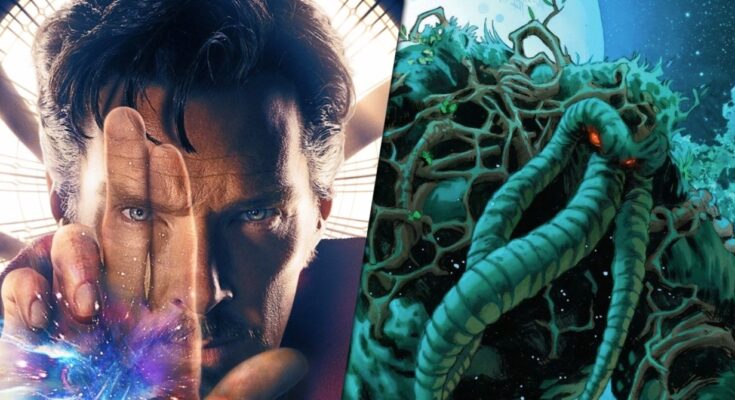 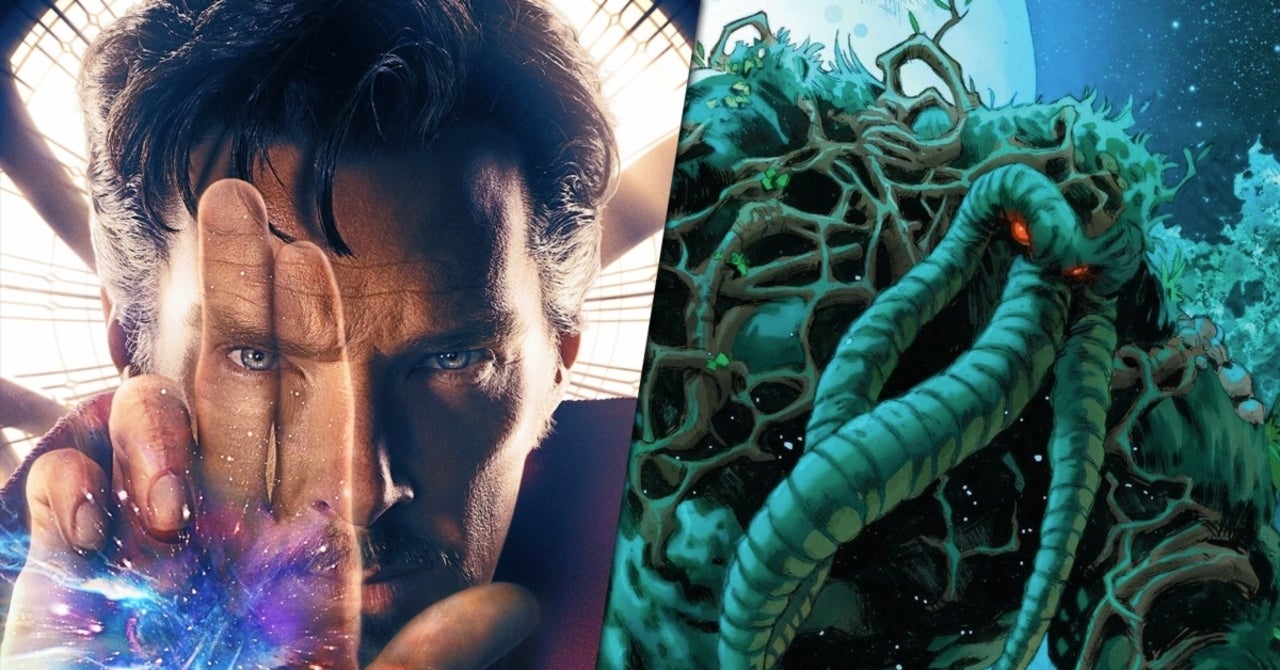 Thanks to Thor: Ragnarok, we know Man-Thing is out there somewhere in the Marvel Cinematic Universe. The character appeared as a statue in the Taika Waititi film, having previously served as one of the Grandmaster’s (Jeff Goldblum) champions. Since we know the beloved horror character exists, it’s but a matter of time before he pops up — and one of the best places that could happen would be Doctor Strange in the Multiverse of Madness.

We previously wrote about how Man-Thing could pop up in either WandaVision or Loki, all because both of the shows have something to do with the creation of the Marvel Cinematic Multiverse. While Man-Thing is horror through and through, the character also happens to be one closely attached to the concept of a Marvel Multiverse. He serves as the protector of the Nexus of All Realities — a location where time and space merge, a bridge from one reality to the next.

And it’s really that reason alone why included Man-Thing in the Doctor Strange sequel makes so much sense. We now know the multiverse has exploded on-screen with seemingly infinite worlds, and Benedict Cumberbatch’s Sorcerer Supreme is going to have to do anything he can to make sure he protects all of those that need protection.

Since he’s still the Sorcerer Supreme and busy as can be, it makes perfect sense he’d recruit someone else to help guard the Nexus of All Realities. Strange has his plate full, and he’d need a trusty ally to help overlook this central part to the world-building of the MCU.

On top of that all, Multiverse of Madness is being directed by legendary horror filmmaker Sam Raimi, and Elizabeth Olsen herself has said it’s Marvel’s scariest movie yet — the perfect place to introduce one of Marvel’s most famous horror characters.

“I think it definitely feels more Sam Raimi than that. So maybe that was the goal, but it definitely became something darker I think, the WandaVision star previously told Vanity Fair. “Yea, not like [Raimi’s] western [stuff]… Yes, the horror genre feeling of constant fear and thrill and misleads and playing with camera, playing with how the perspective of the depth of field in order to make the audience feel more anxious… It’s more… I think it’s more than like a glossy Indiana Jones movie. Which I love Indiana Jones, but I feel like it has a darker thing going on.”

Doctor Strange in the Multiverse of Madness is now expected to hit theaters on March 25, 2022.

What other mystical characters would you like to see appear in the Doctor Strange sequel? Let us know your thoughts either in the comments section or by hitting our writer @AdamBarnhardt up on Twitter to chat all things MCU!