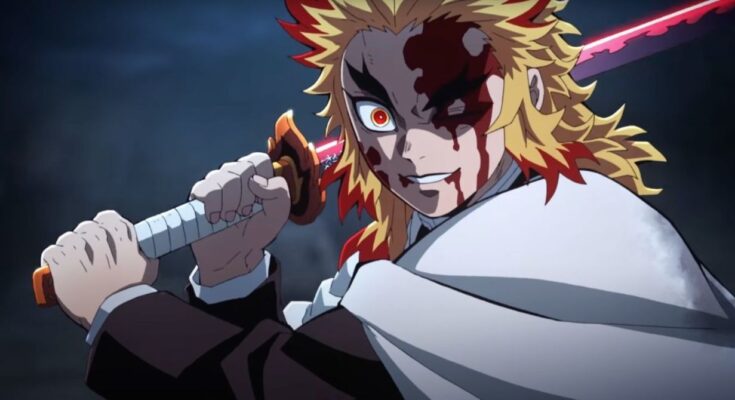 Demon Slayer: Kimetsu no Yaiba will soon be returning for its much anticipated second season, and now one of the surprisingly big questions heading into the new episodes is whether or not it will be getting a recap arc. But will it need one? A new report claims that Season 2 of the series will not be immediately starting with the Entertainment District arc as has been teased by the first trailers and promotional materials for the new season, but with a recap arc of the recent Demon Slayer -Kimetsu no Yaiba- The Movie: Mugen Train movie instead.

Naturally this has yet to be confirmed or denied whether or not the new season will be retreading the same ground covered in the movie, but even if it does, that’s not necessarily a bad thing. Because while it’s safe to assume pretty much every Demon Slayer fan watched the Mugen Train movie given its monumental worldwide success despite the pandemic, it’s still not a guarantee that all the fans were able to check it out. A brief recap arc might not be such a bad idea. It just depends on how long it will be.

“Recap arc” sounds like we’d get a full twelve episodes retelling the events of the Mugen Train arc, but as the movie already proved, it’s not really necessary. There’s a little more from the manga to be explored at a slower pace, but the Mugen Train movie pretty much closely adapted the manga’s version of the arc without much need to speed through its elements. Besides, the events we’ll really need to spend time on are the events that come directly after but before the events of the Entertainment District arc, and a little context leading into these events isn’t the wildest idea.

To put it simply, as it is right now seeing Mugen Train is completely necessary in order to enjoy the second season, and seeing the first season before that is necessary as well. It’d be weird for the anime to take a step back given that it threw fans right into Mugen Train without any recap, but it would also mean that fans who somehow have yet to see the movie would still be able to enjoy the new season without any problems.

This doesn’t necessarily mean that it’ll be a long recap (otherwise the promotional materials wouldn’t be pushing the Entertainment District arc so hard), but some prior context will be necessary before the new episodes truly kick into action. But what do you think? Does Demon Slayer need any Mugen Train recap in its second season? Let us know all of your thoughts about it in the comments! You can even reach out to me directly about all things animated and other cool stuff @Valdezology on Twitter!